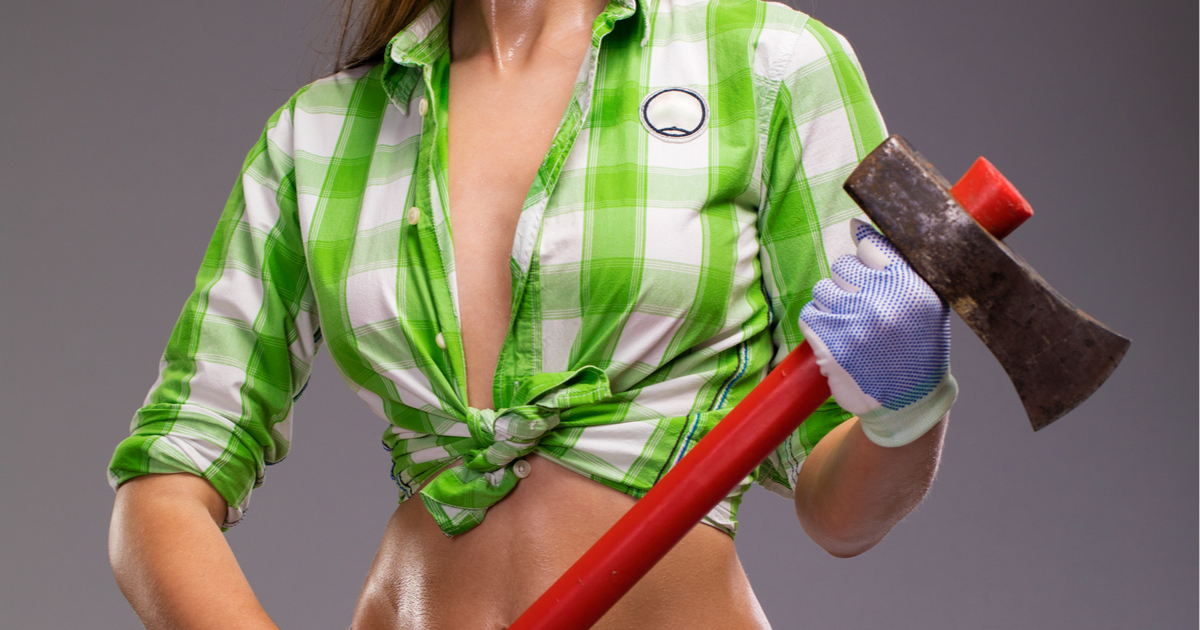 A man transitioning into a transgender woman perpetrated a brutal sneak attack on an innocent man standing in line at a store nearly splitting the stranger’s face in half with an ax but is now only getting a nine-year prison sentence and will probably be out in less than five.

The attack occurred in Australia in 2017 and the convicted attacker blamed her sex change operation for causing her to walk up to a stranger in a gas station and split his face with a logging ax.

Evie Amati, a transgender person who worked as a union representative, was sentenced to nine years and will be eligible for parole in four and a half years for the attack in a 7-Eleven store in Enmore, Australia, a town near Sydney.

The entire attack was caught on video.

Amati walked into the store carrying a two-handed logging ax and approached victim Ben Rimmer who was standing in line by the checkout counter. Video surveillance of the sneak attack shows the wannabe killer engaging Rimmer in a short conversation then hauling off and slamming the sharp ax head directly into the victim’s face.

WARNING: This video is shocking and graphic…

After attacking Rimmer, Amati also swung the ax at a woman who was in the doorway of the store. The second victim suffered a cracked skull. The video then shows Amati calmly walking away carrying the weapon.

Rimmer told the media, “If I hadn’t turned my head at the last minute she would have cut my head in half.”

The ax strike sliced the upper part of Rimmer’s nose and cut across his cheek just under left eye socket. Doctors said the blade sliced into his skull and stopped only a millimeter from breaking through and impacting his brain.

“She went there to kill. It’s only pure luck that I’m alive,” the ax attack victim added.

For her part, Amati claimed that her sex change operation was so painful that it drove her to begin hating people.

Police say she was dosed up on the illegal drug MDA and went on the prowl after a disastrous Tinder date earlier in the day.

During the police investigation, it was discovered that Amati had posted a warning on social media. “One day I am going to kill a lot of people,” she wrote adding, “Most people deserve to die, I hate people.”

Amati’s lawyers initially tried to claim insanity as a defense, but the claim was rejected by the courts.

Victim Rimmer decided to speak out this month to urge the Australian courts to give his attacker a longer sentence.

Rimmer, who will spend the rest of his life with titanium plates in his face to hold his skull together, insisted Amati is “calculating” and “not remorseful” at all. “She’ll do her time easily and get paroled in mid-2021. It’s played out perfectly for her, perhaps better than she expected,” he added.

The man has launched a petition on Change.org urging officials to give a longer sentence of at least ten years. Thus far, over 8,000 people have signed the petition.

Indeed, to buttress Rimmer’s contention that jail is no burden to his attacker, Rimmer notes that Amati, a trade union organizer before the conviction, has been spending her time in jail organizing prisoners to protest government treatment and becoming a minor jailhouse celebrity in the effort.