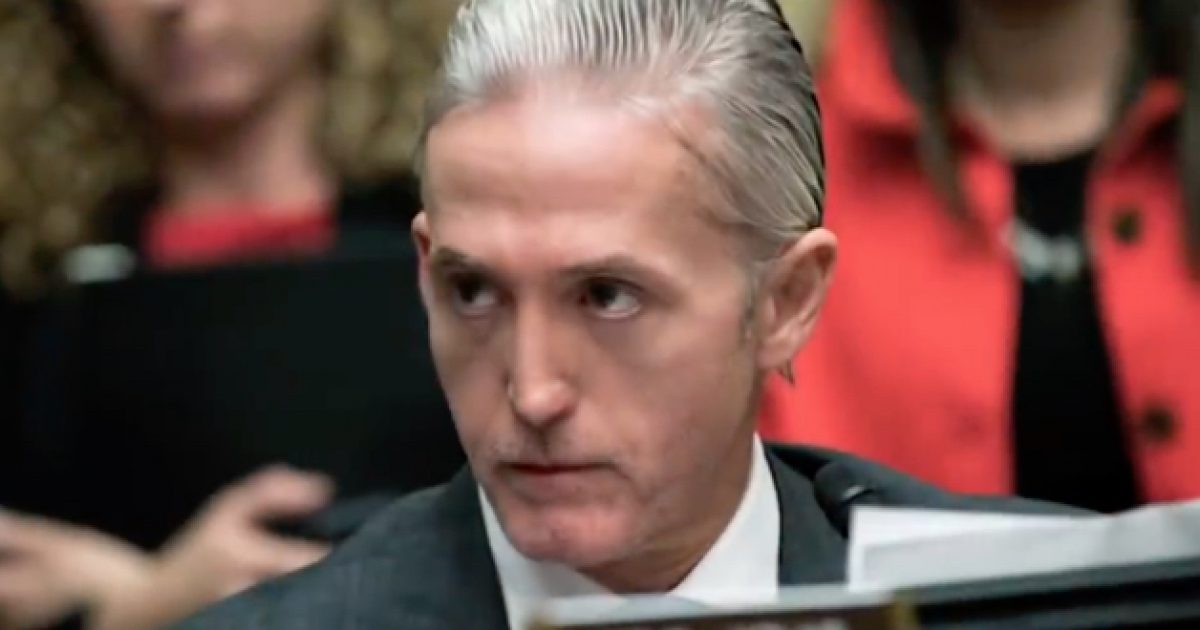 In the latest drama surrounding the so-called “Russiagate” investigation, longtime political witchdoctor Roger Stone has been nabbed by Special Counsel Robert Mueller in a bizarre, pre-dawn raid at his south Florida home.

Stone, who both worked for Richard Nixon and wears a tattoo of Tricky Dick’s face on his back oddly enough, is accused of falsehoods by Mueller, who is attempting to conjure up information regarding a left wing conspiracy theory regarding Russia’s supposed puppeteering of Donald Trump.  Of course, he will have his day in court, but Stone has already walked back his original reticence to cooperation with the Special Counsel, signaling trouble ahead for the President.

Congressman Trey Gowdy, speaking on the subject of Roger Stone’s testimony before Congress, hit a bit of a cheerier outlook.

“Well, I was in the room. I may have asked the questions. That’s one of the narratives that unfortunately has been imprinted in our fellow citizens minds, is that the Democrats were the only ones asking Russia questions,” Gowdy said on “Fox & Friends” Tuesday.

“I asked Roger Stone a bunch of questions and you have a lot of options when you are asked questions under oath,” he continued. “You cannot answer. You can tell the truth. You can assert a privilege. About the only thing you can’t do is make a material misrepresentation with the intent to deceive. Now he’s presumed innocent, but I had a unique vantage point for both the questions asked and the answers provided last year.”

Stone’s political career has certainly been a wild one, and with this latest news, it doesn’t seem likely to find peace anytime soon.