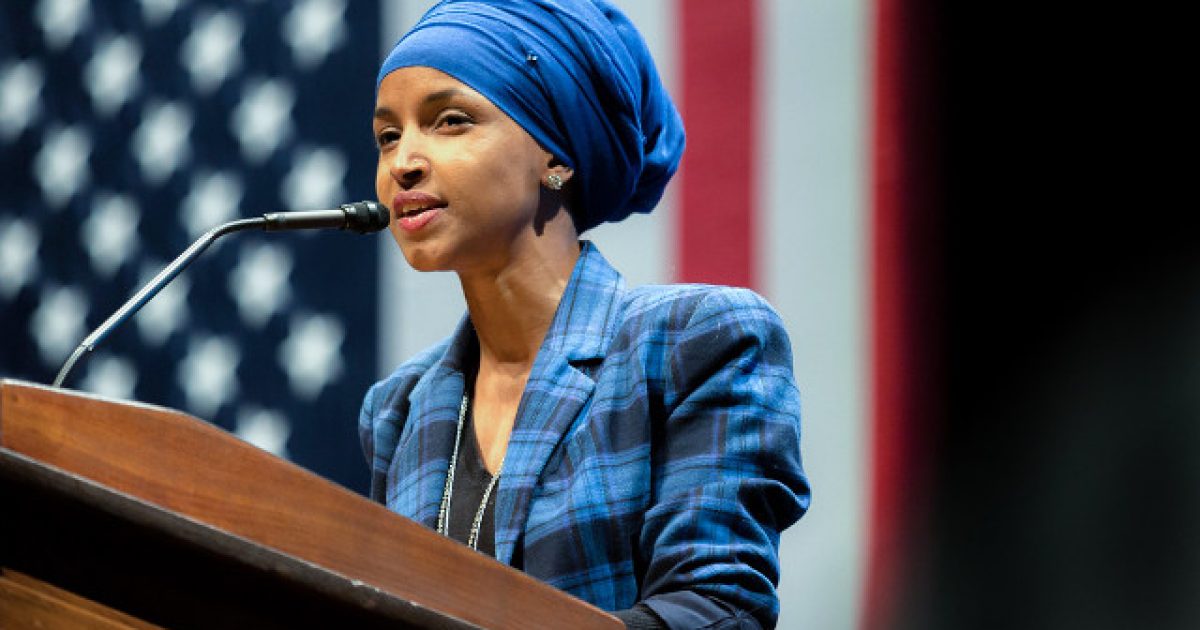 No one’s favorite congresswoman, Rep. Ilhan Omar, who has earned a reputation as an anti-Semite for her negative comments toward Israel and Jewish people, just got some very bad news about her district.

According to a new report from financial website, 24/7 Wall Street, Minnesota’s 5th Congressional District is the worst congressional district in the entire country for black people.

Uh oh. That’s not going to look too good on the progressive candidate checklist, is it?

The data showed that Omar’s district has the greatest socioeconomic disparities between black and white Americans of any congressional district in the U.S.

“Black area residents are about four times more likely to live below the poverty line than white residents and three times more likely to be unemployed. Disparate outcomes along racial lines in the district are largely the legacy of historic racism,” the study said. “Minneapolis is one of several Midwestern cities that enacted restrictive housing covenants and exclusionary zoning policies in the early 20th century. These policies impact residential patterns to this day.”

Here’s the real kicker that’ll send liberals into hysterics. Each of the five worst districts for black Americans is represented by a Democrat. It actually gets worse than that. As it turns out, 25 out of 30 the worst congressional districts for blacks are run by liberals.

That pretty much explodes the narrative that Democrats are the party of the poor and marginalized, doesn’t it?

Adding insult to injury, the vast majority of the nation’s most segregated cities are located within these districts.

So, tell us again, Mr. Liberal, why in the world would we want you to take the same policies that led to these results and apply them to the whole country?