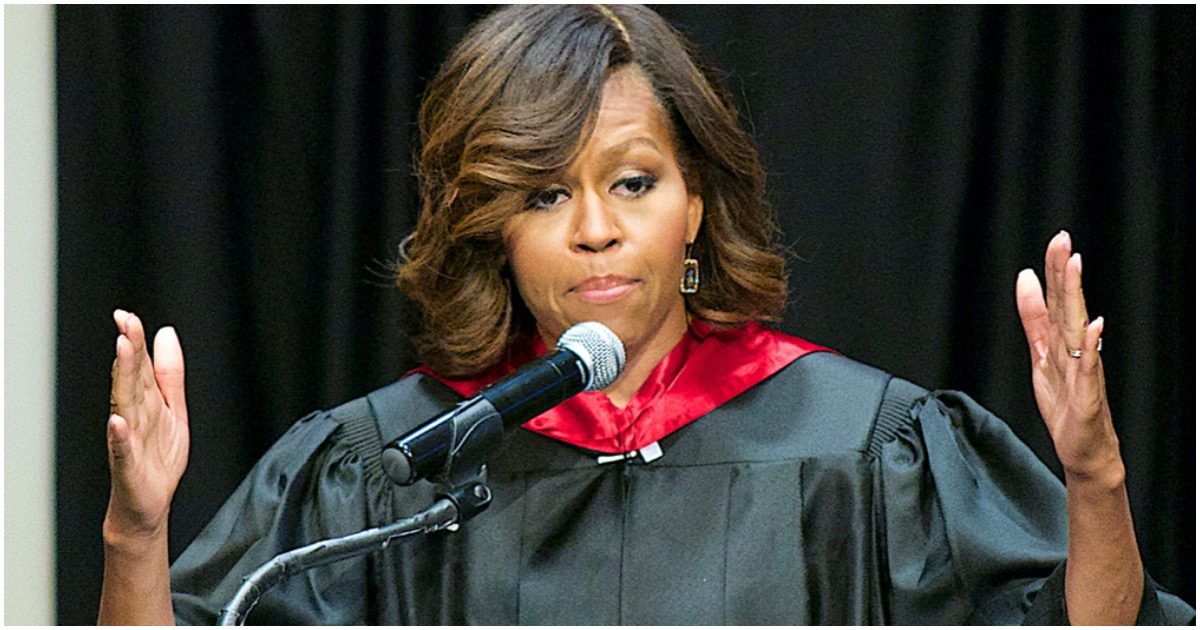 The Trump administration could’ve waited until Friday to make this announcement. That would’ve been the day after former First Lady Michelle Obama’s birthday. But they didn’t. They did it on her birthday. Trolling? Here’s what’s up, via Washington Examiner:

The United States Department of Agriculture proposed ditching requirements for fruits and vegetables in school lunches to allow for more grab-and-go lunch options.

Former first lady Michelle Obama, who is celebrating her 56th birthday on Friday, used her platform in the White House to promote healthy living, including advocating for exercise and more nutritious school lunches. While her husband was in office, Obama helped the USDA usher in requirements demanding that schools offer more fruits and vegetables, abolish trans fats, serve only low-fat milk, and cut back on sodium.

Just how vile is our president? Well, he chose Michelle Obama's birthday to announce he's undoing the work she did to make school lunches healthier for American children. https://t.co/UgIKQkdkyC

But a new proposal could scrap some of those requirements. Acting Deputy Under Secretary Brandon Lipps announced that the department would be cutting the amount of fruits and vegetables that must be served with food outside the cafeteria by half and scaling back restrictions on cafeteria staples like pizza and hamburgers.

Lipps argued that policies enacted under Obama had unintended consequences. He used the example of grab-and-go food carts that require students to buy two bananas if they purchase a slice of pizza in order to be compliant with the standards. Secretary of Agriculture Sonny Perdue also argued that forcing students to have certain ingredients on their plates leads to food waste because children are forced to take food they will not consume.

Flashback: Report Shows the United States Has Not ‘Warmed’ In Over A Full Decade (Details)