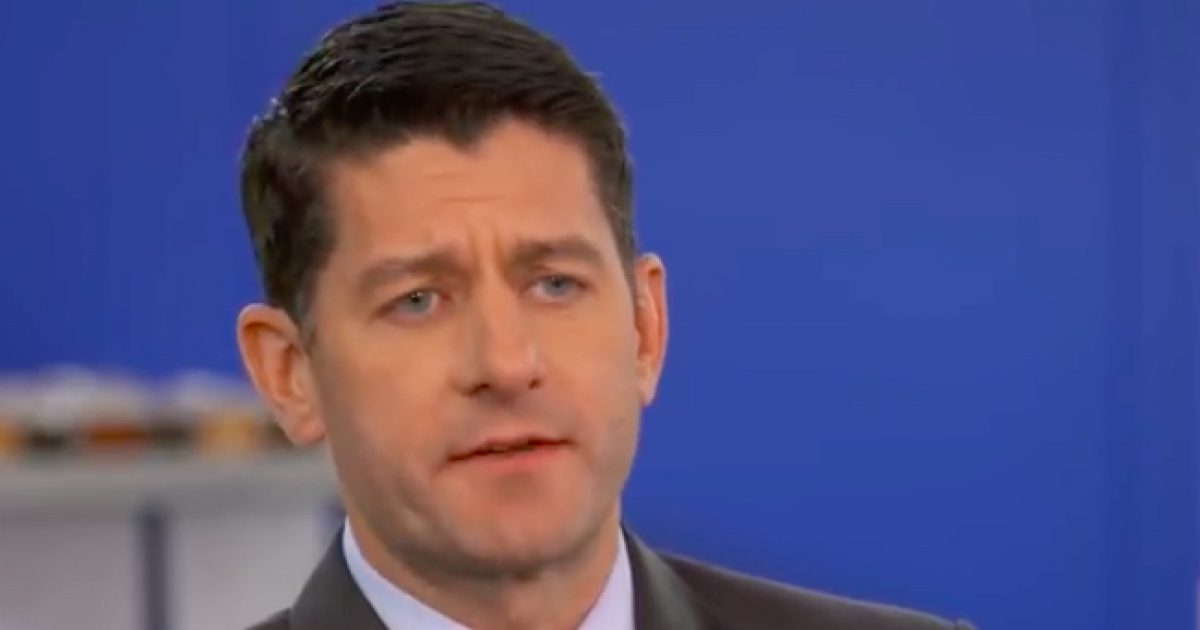 With a massive migrant caravan forcing the issue to surface in an undeniable way, President Trump has been absolutely fervent regarding immigration as of late.

This should come as no surprise, however, for anyone who paid even the slightest semblance of attention to the 2016 election.  President Trump, then a candidate for the republican party, was the only candidate to come out and publicly verbalize the idea of creating a physical, all-encompassing deterrent to illegal immigration upon our southern border.  The idea was a huge hit with the GOP base, and likely propelled Trump to the presidency.

Now, after the President made the frankly-worrisome claim about using an executive order to amend the Constitution, Speaker of The House Paul Ryan has again vocalized his disapproval of The Donald’s rhetoric.

The amendment in question concerns birthright citizenship, and the President is fairly sure that Paul Ryan knows nothing about it.

President Donald Trump went after House Speaker Paul Ryan on Wednesday, saying one of the top Republican leaders in the President’s party “knows nothing about” birthright citizenship and “should be focusing on holding the Majority” in the House of Representatives “rather than giving his opinions” on the issue.

The comments come a day after Ryan threw cold water on the President’s assertion that he can use executive action to end the constitutional guarantee of citizenship to anyone born in the United States.
Ryan told a Kentucky radio station Tuesday that “you cannot end birthright citizenship with an executive order,” following remarks from the President indicating that Trump believes he can do just that, though many legal scholars disagree.
On Wednesday, the President tweeted, “Paul Ryan should be focusing on holding the Majority rather than giving his opinions on Birthright Citizenship, something he knows nothing about! Our new Republican Majority will work on this, Closing the Immigration Loopholes and Securing our Border!”

This episode of the spat comes just one day after several prominent leaders in DC, including Speaker Ryan, declined to accompany the President during his visit to the site of an antisemitic mass shooting that occurred over the weekend.
Facebook Twitter Gab
Related Topics:14th amendmentcitizenshipDonald TrumpFeaturedimmigrationpaul ryan
Up Next