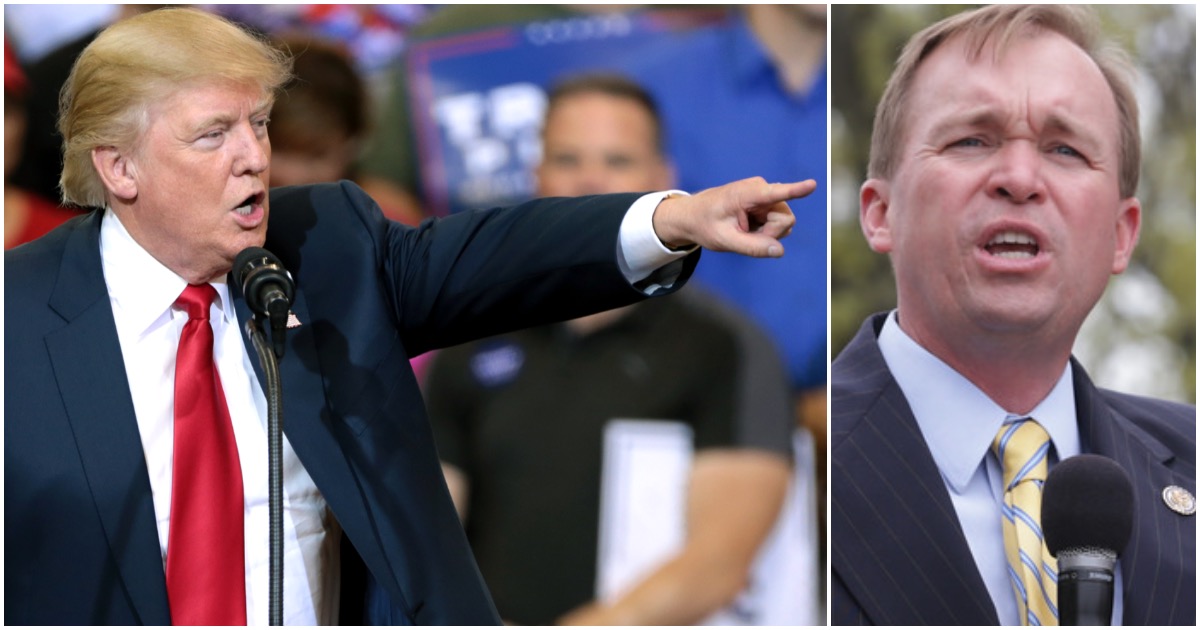 None of the above.

President Trump’s next (and third) chief of staff will be Mick Mulvaney, head of the Office of Management and Budget (OMB).

I am pleased to announce that Mick Mulvaney, Director of the Office of Management & Budget, will be named Acting White House Chief of Staff, replacing General John Kelly, who has served our Country with distinction. Mick has done an outstanding job while in the Administration….

….I look forward to working with him in this new capacity as we continue to MAKE AMERICA GREAT AGAIN! John will be staying until the end of the year. He is a GREAT PATRIOT and I want to personally thank him for his service!

He most recently served as the Office of Management and Budget director. While Mulvaney was named as an acting chief of staff, he will step down from his role as OMB director, a White House official said. A senior administration official said there is “no time limit” for Mulvaney to remain in the top White House post.

Mulvaney could lose the “acting” part of his title if things go well, according to another senior administration official.

It’s okay to be racist – if your target is white. Agree or disagree?

MSNBC was pretty perturbed that Trump considered “six white guys” to be his next chief of staff.

MSNBC hosts Stephanie Ruhle and Ali Velshi bemoaned the White House’s shortlist of potential candidates to be the next chief of staff being “all white guys.”

Ruhle: “You and I talk about business all the time. That’s a major position, and the six people that they have put out that are short-listed, are all white guys. I cannot think of one single public company right now, that if they had an open senior position like that or a board seat, you would never in 2018, say that the short list is one, two, three, four, five, six white guys.”

Want to know a secret?

Barack Obama had four chiefs of staff over eight years.

All were white men.

A CNN host asked Colorado Governor John Hickenlooper (D), who is considering running for president, if America needs a “white guy” in the White House come 2020.

CNN host Alisyn Camerota asked Colorado Gov. John Hickenlooper (D.) if 2020 is the right time for him as a “white guy” to run for president.

Camerota: “You know the debate that the Democratic Party is having right now. Is it time to have somebody of color and a woman and somebody younger or somebody more establishment?”

“I think the Democrats across the country are going to help decide that. I’m not sure it’s clear what is exactly needed. But I do know there are a lot of strong options, and that list shows the strength of the Democratic Party. They’re people from all walks of life.”

What a time to be alive, huh? It must be nice to say whatever comes to mind and never get called out for it.

Federal Judge Rules All of Obamacare UNCONSTITUTIONAL, Will Likely Head to SCOTUS