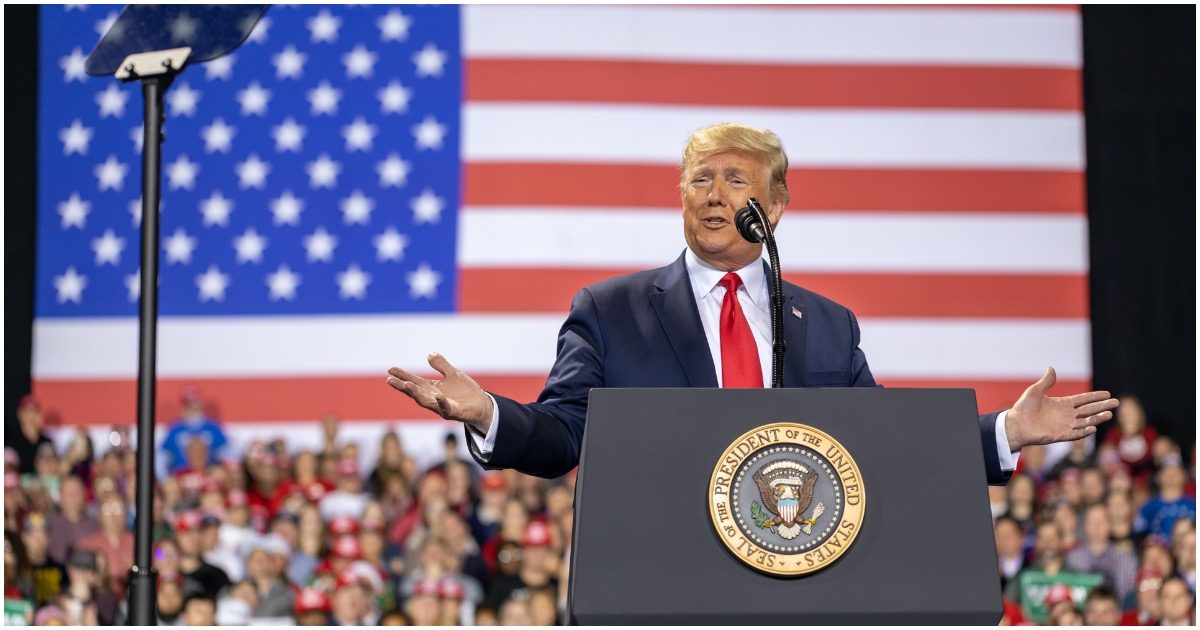 A combination of poll workers, the media, Big Tech, and other people in high places worked in unison to bring down President Trump, despite the fact he accomplished more in one term than most presidents could get done in two.

On Saturday, POTUS was in Georgia to campaign for Senators Perdue and Loeffler.

As you might expect, Trump didn’t stay quiet for too long about voter fraud.

“You know, I’ve called early on for a signature audit, obviously the secretary of state, per the laws and the Constitution would have to order that; he has not done that,” Kemp said. “I think it should be done. I think, especially with what we saw today, it raises more questions. There needs to be transparency on that. I would again call for that, and I think in the next 24 hours hopefully we’ll see a lot more from the hearings that the legislature had today and we’ll be able to look and see what the next steps are.”

Kemp slammed attorney Lin Wood, an alleged Trump supporter who has an extensive history supporting Democrats, for encouraging people to not vote in the upcoming Senate runoff elections.

“It’s like Lin Wood saying today, urging the people not to go vote in this election — all that is gonna do is give the Democrats everything they want,” Kemp said. “It’s gonna give the radicals everything they want. This is literally the firewall. So, I think we all have to pull together and figure out what have we got to do to assure people that their vote’s gonna count. I believe that it will; that’s why I’m working so hard for David and Kelly, and I’m going to continue to do that.”

Why are so many people in this country opposed to the idea of actually investigating incidents of voter fraud? It’s not like this is the first election that’s ever happened where such behavior has been a concern.

In fact, there’s a concern about fraud every single time an election goes down, whether it’s the midterms or the presidential election. There are tricksters and traitors out there who want to destroy the current election system and replace it with the popular vote.

This, of course, would benefit Democrats, as big cities would then control the destiny of our nation forever more. The vast majority of citizens, who live in rural areas and smaller communities, would be at the mercy of liberal mobs.

That’s not a balanced and fair system. Hence the need for investigating allegations of fraud. It doesn’t have to be turned into some sort of conspiracy theory.

Trump’s Lead Counsel Breaks It Down: Over 66K Underage & Over 2500 Felons Voted In GA