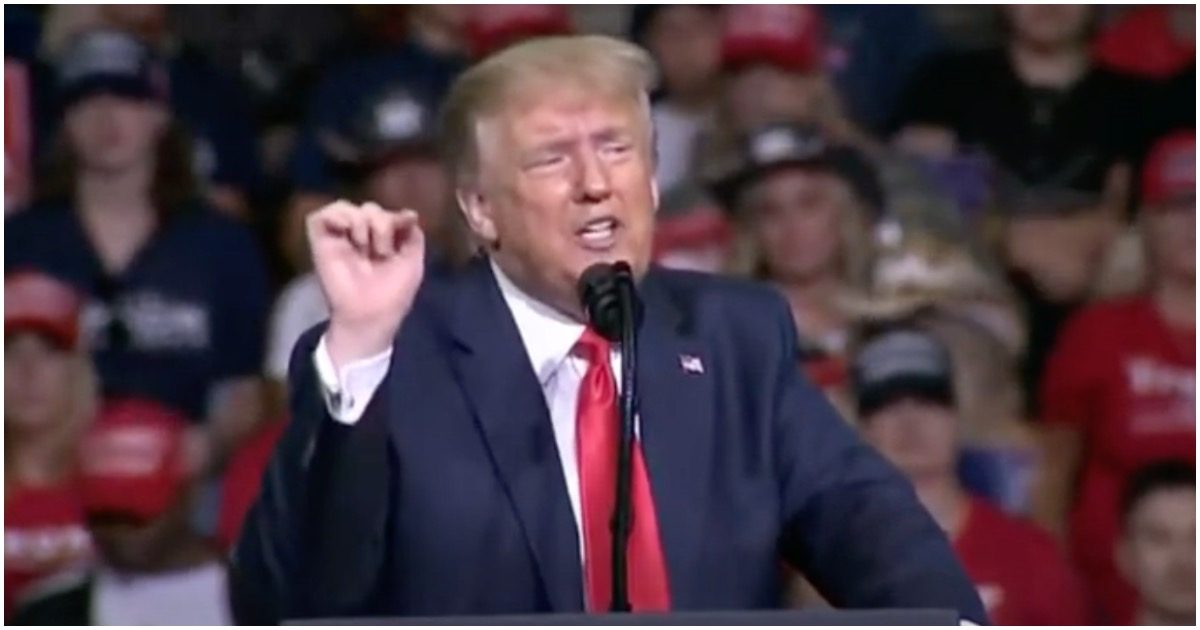 President Trump held his first rally in a few months on Saturday evening in Tulsa, Oklahoma. As expected, the joint was jam-packed with proud Americans.

POTUS did his thing, slamming the left while propping up the USA. He even went after radically far-left brother-lover Ilhan Omar (D-MN).

More from the rally…

First Trump rally post COVID-19 shutdown, there is a health check point where you are given a mask and your temperature is taken pic.twitter.com/SJTmB4mgAV

BREAKING: A woman entered the rally area wearing an “I can’t breathe” shirt. She says she had a ticket but was asked to leave.

Police dragged her out and arrested her for trespassing after she sat down and refused to leave. pic.twitter.com/7mJwWELJ5J

The Jewish Democratic Council of America (JDCA) has affirmed that it will not support Rep. Ilhan Omar (D-Minn.) in her upcoming primary but did not provide an endorsement to her chief primary opponent, progressive Antone Melton-Meaux.

Omar is set to face Melton-Meaux, who has been critical of Omar’s anti-Semitic and anti-Israel statements, in an Aug. 11 primary for Minnesota’s 5th Congressional District.

When asked by JNS about whether JDCA would be taking on Omar, executive director Halie Soifer instead chose to comment on the activities of the Republican Jewish Coalition, rather than to explain why her organization is not endorsing the opponent of an incumbent who has a record of anti-Semitic remarks.