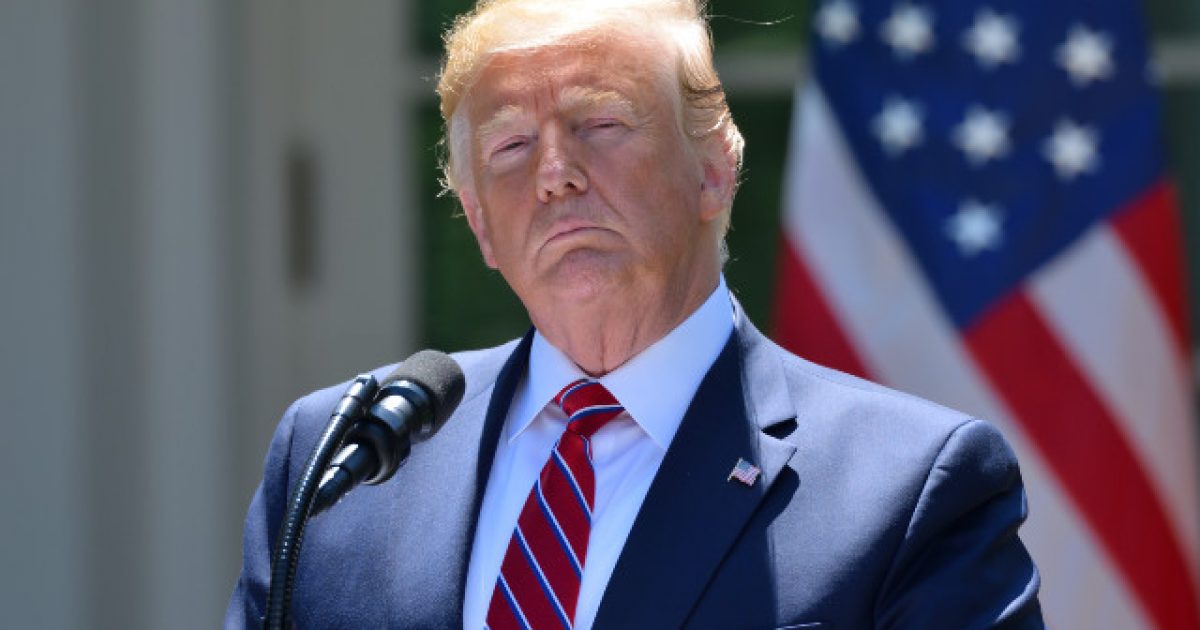 I think it’s safe to say at this point President Donald Trump and former national security adviser John Bolton are not good friends. And who can blame the president for not being a big fan of Bolton, who he fired, now that the man is about to release a book that allegedly reveals all kinds of dirty secrets inside the Trump administration?

Trump recently stated that he thinks Bolton should be arrested for the new tell-all book set to release later this month. However, the attack didn’t end there. The president went off full tilt on Bolton going so far as to compare him to Hillary Clinton.

That’s a pretty intense insult in and of itself.

Trump shared an article early Tuesday morning from a South Korean outlet that featured an executive official who claimed that Bolton disclosed private discussions from the meeting the two nations had while working with North Korean leader Kim Jong Un. The South Korean official said that Bolton “distorted” the details of the meeting but urged the United States to address his “dangerous” and “schizophrenic” behavior.

“See, Bolton broke the law. Classified Information!” Trump wrote in a tweet while sharing the article.

The president followed up his tweet by comparing Bolton to former Secretary of State Hillary Clinton, who used a private server to store some information deemed classified while working under President Barack Obama. She was never criminally charged for violating laws related to the protection of classified information.

“Washed up Creepster John Bolton is a lowlife who should be in jail, money seized, for disseminating, for profit, highly Classified information,” he wrote. “Remember what they did to the young submarine sailor, but did nothing to Crooked Hillary. I ended up pardoning him — It wasn’t fair!”

Washed up Creepster John Bolton is a lowlife who should be in jail, money seized, for disseminating, for profit, highly Classified information. Remember what they did to the young submarine sailor, but did nothing to Crooked Hillary. I ended up pardoning him – It wasn’t fair!

There are a lot of folks who think Hillary Clinton should probably be spending her days playing solitaire behind bars, so the comparison is very fitting. Clinton broke federal law by engaging in the use of a private email server to conduct official US business, among many other violations.

Bolton has made a couple of fairly severe accusations against the president in his new book, including a claim that Trump had asked Chinese leader Xi Jinping to lend him a helping hand in his reelection campaign. The DOJ has tried to stop the release of the book by filing a restraining order. However, the court did not grant the order.

Guess we’ll have to wait and see if the revelations in the book are anything like the way they are being portrayed or if it’s all just hogwash being published by a disgruntled former employee.

Vocal Black Lives Matter Activist Calls for People to Tear Down Statues of Jesus, Churches Too