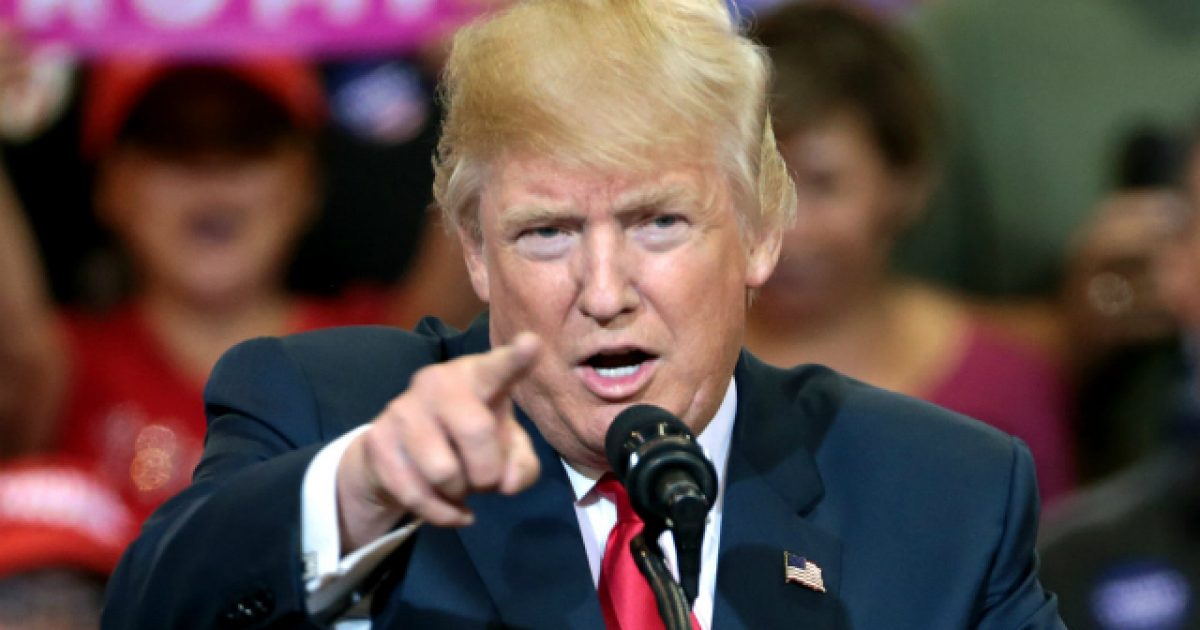 The Trump campaign is none too happy with social media giant Twitter after they labeled a video featuring Democratic presidential candidate Joe Biden making the mother of all gaffes as “manipulated media,” claiming the video was “doctored and deceptively edited.”

A letter was sent to Twitter from the campaign letting them know that they are extremely displeased with this and defending the video as being unaltered.

“The Biden campaign is scared as hell that voters will see the flood of unedited and embarrassing verbal stumbles that will continue go viral if ‘Status Quo Joe’ is the nominee,” Trump campaign rapid response director Andrew Clark told Fox News. “Twitter shouldn’t be an enforcement arm of Joe Biden’s campaign strategy, but if they choose to police every video clip they must hold his own campaign to the same standard.”

The confrontation began this weekend when Trump communications director Dan Scavino tweeted an edited version of a Biden speech in which the former vice president appears to deliver a muddled and inadvertent endorsement of Trump. Scavino’s clip, which the president later reposted, did not alter any of Biden’s words, but it cut off before the conclusion of Biden’s sentence at a rally in St. Louis. Conservatives called the video an obvious attempt to highlight Biden’s verbal gaffes, and argued that no one would reasonably mistake it for a genuine Biden endorsement.

“Still, it appears that many people employed by Big Tech corporations in Silicon Valley are assisting the Biden campaign by instituting a special ‘Biden protection rule’ that effectively censors and silences legitimate political speech Biden’s campaign and its supporters do not like,” he added in the letter, obtained by Fox News.

Glassner went on to say in the letter that he is “formally requesting that Twitter apply it’s new ‘manipulated media’ label to a doctored and deceptively edited video tweeted by the Biden campaign less than a week ago.”

What, exactly is Glassner referring to in this statement? The reference is to a video released on March 3 that features a whole bunch of clips taken out of context and “manipulates audio and video of President Trump in order to mislead Americans and give a false impression.”

We can't sit by and lose this country to Donald Trump. Today, we take it back — together.

The video, Glassner points out, contains two clips “spliced together to fabricate a quote and give viewers the false impression that he called the coronavirus a ‘hoax,'” a claim that the non-partisan International Fact-Checking Network has previously debunked. The president in fact called Democrats’ response to the coronavirus “their new hoax.”

Additionally, the Biden video effectively repeats a false claim the former vice president himself made in his campaign launch video, asserting through selective editing that the president called white supremacists in Charlottesville, Va. “very fine people.” That assertion, although widely made in progressive circles, is untrue; the president was referring to protesters on both sides of the issue of whether Confederate statues should be removed from public places as “very fine people.”

Look, it seems like Twitter is really trying hard to defend Biden while not offering that same level of protection to others who don’t share the same political leanings as the Democratic Party.

That is obviously pushing an agenda and could, perhaps, be seen as a form of election interference. Isn’t that something that deeply offends the radical left? After all, they spent several years investigating Trump for that same kind of interference.

Guess it’s okay to do that sort of thing when it benefits your own party.

Bernie Sanders Says He Does Not Regret Praising Castro