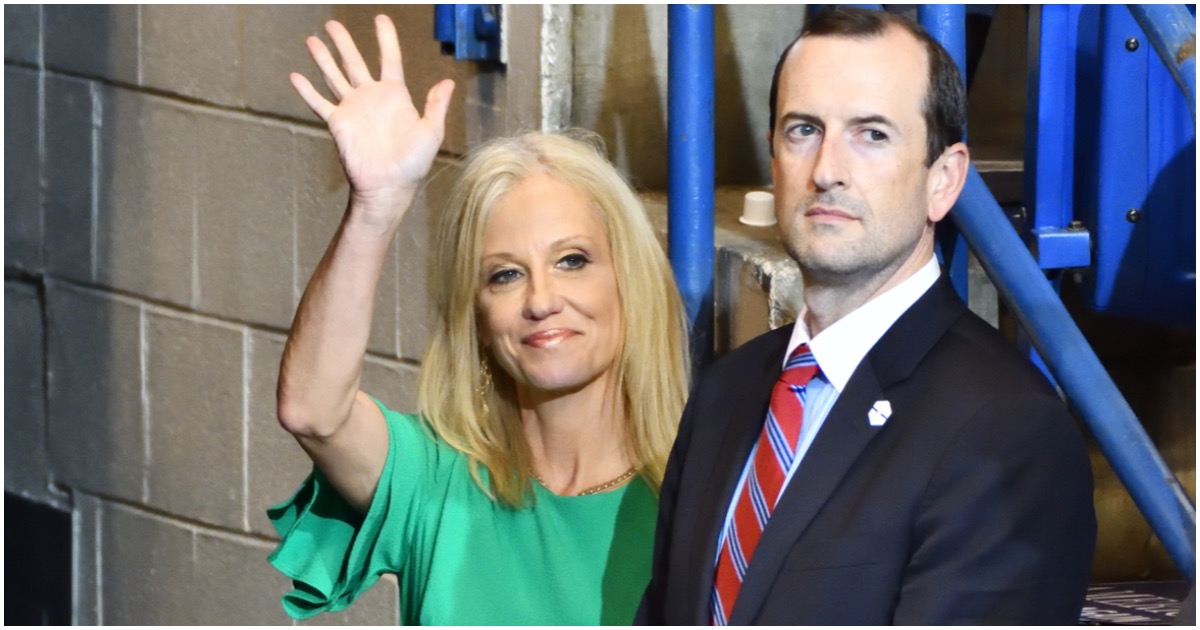 Kellyanne Conway was the first female campaign manager to see her guy become president of the United States. That’s kind of a big deal but the liberal record books won’t let anyone know about it. Could you imagine if she was a Democrat?

If Conway helped Obama become president, she’d have a federal holiday named in her honor and there would be parades thrown every year. But she helped Donald Trump become president. Therefore, she is a pariah.

Now that Mick Mulavaney has proved himself to be somewhat of a goof with the constant gaffes, Trump is apparently looking in another direction for a chief of staff. Maybe it’s Kellyanne? Maybe it’s Steve Mnuchin?

Donald Trump has for weeks been privately testing the idea of replacing his chief of staff, Mick Mulvaney, who’s swiftly fallen out of favor with some of the president’s allies after high-profile stumbles handling the House impeachment inquiry.

About a month ago, Trump said to Treasury Secretary Steven Mnuchin in front of a roomful of staff: You have such great ideas, why don’t you be my chief? He has made similar remarks about Chris Liddell, a deputy chief of staff at the White House, according to people familiar with the matter. He’s also asked advisers whether his counselor Kellyanne Conway would be a good chief of staff, other people said.

If you bash Trump or a member of his administration and plan to vote for anyone but Donald in 2020, you’re given a pass to say whatever you want in any setting at any time.

You are “the depraved evil” we need to eradicate.

You are “the depraved evil” we need to eradicate. https://t.co/zPJhVS1hkn

A Twitter official, who was not authorized to speak publicly on the matter, told The Daily Wire, “this tweet does not break our rules at this time.”

Here’s what Aslan had to say about teenager Nick Sandmann before all the facts came out:

Honest question. Have you ever seen a more punchable face than this kid’s?

Honest question. Have you ever seen a more punchable face than this kid’s? pic.twitter.com/jolQ7BZQPD

Revealed: Climate Change Protesters Are Being Paid To Disrupt [Details]

Days Before Halloween, Many Witches Plan to Cast A Spell On President Trump [Details]