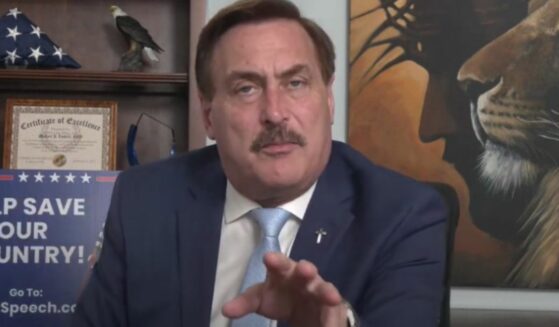 DeSantis Trounces Crist in new Poll, Seen as Most Favorable Candidate in Florida
The Floridian

Donald Trump’s anger with the Biden administration has been something to behold of late, particularly after an unprecedented raid of his Mar-a-Lago estate by the FBI began making headlines.

During that event, armed agents stormed the property, absconding with a massive trove of documents that were said to be of varying classified status, including some information that was never supposed to leave Washington in the first place, according to the National Archives.

Trump, however, has suggested that he declassified the documents as President, and now he wants them back.

In the weeks after the FBI’s Mar-a-Lago raid, former President Donald Trump repeatedly made a simple-sounding but extraordinary ask: he wanted his lawyers to get “my documents” back from federal law enforcement.

Trump wasn’t merely referring to the alleged trove of attorney-client material that he insists was scooped up by the feds during the raid, two people familiar with the matter tell Rolling Stone. The ex-president has been demanding that his team find a way to recover “all” of the official documents that Trump has long referred to as “mine” — including the highly sensitive and top secret ones.

It’s not likely to achieve the desired affect, however.

Sources close to Trump agree with outside legal experts that such a sweeping legal maneuver would be a long-shot, at best.  “I hate to break it to the [former] president, but I do not think he is going to get all [the] top-secret documents back,” says one Trump adviser. “That ship has probably sailed.”

Later this week, a ruling in the case cold unseal the affidavit that was used to procure the search warrant executed at Mar-a-Lago, but ongoing discussions regarding possible redactions to the document persist.

Gov. Calls for Investigation of Prestigious Hospital After Pediatric Transgender Clinic Is Exposed by Conservative Pundit

Former President Donald Trump called it an example of how much the nation's stature has been diminished under Joe Biden.
By Randy DeSoto, The Western Journal  September 23, 2022 Comment MoreShare

A Fox News Reporter Is Driving the White House Crazy by Exposing the Truth About the Border, Biden Insiders Say

If a Republican White House were attacking any journalist for a liberal news network, the protest cries would be deafening.
By Joe Saunders, The Western Journal  September 23, 2022 Comment MoreShare

Americans who question Joe Biden on immigration 'don't like the president calling them Nazis and racists,' a GOP senator says.
By Jack Davis, The Western Journal  September 22, 2022 Comment MoreShare
Next