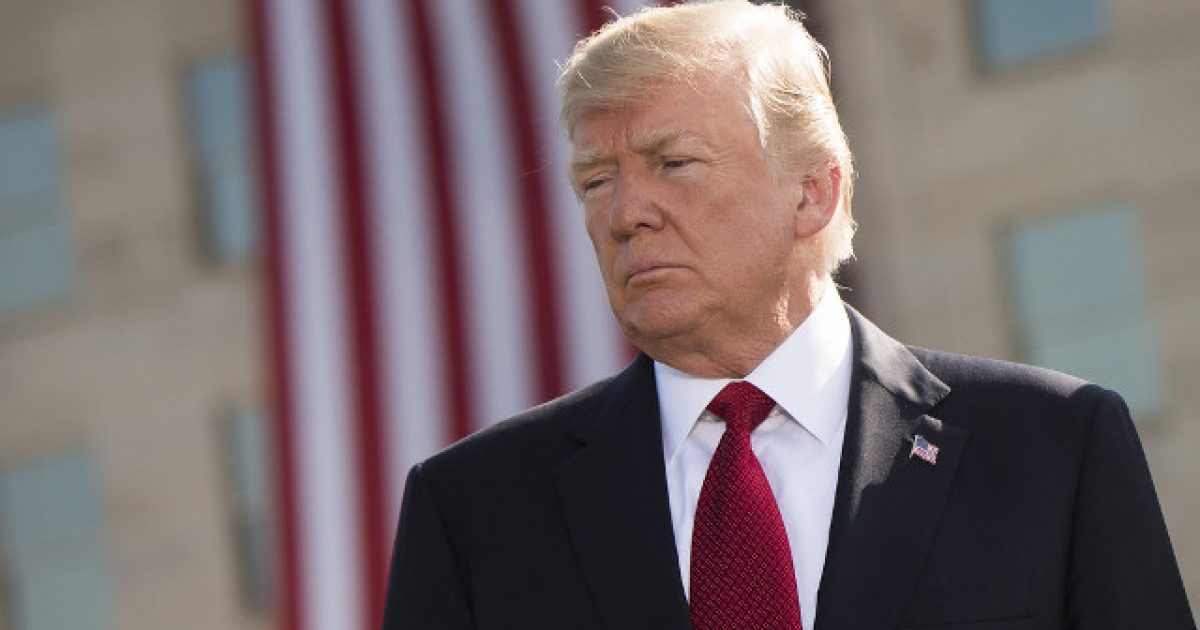 President Trump took to Twitter on Sunday and Monday to do what he does best and completely annihilate the Washington Post over “fake news” report about his battle against radical leftist congresswomen now known as “The Squad.”

The Washington Post plastered as story on their front page with the headline, “A Twitter storm and its aftermath,” which takes a deep look at the aftermath of Trump’s “racist” tweets telling Reps. Alexandria Ocasio-Cortez, Ilhan Omar, Rashida Tlaib, and Ayanna Pressley to “go back” to their countries of origin if they hate America.

However, it’s important to note that such a statement wouldn’t make a whole lot of sense seeing as how only Omar was born outside of the United States.

“The Washington Post Story, about my speech in North Carolina and tweet, with its phony sources who do not exist, is Fake News,” Trump tweeted Sunday. “The only thing people were talking about is the record setting crowd and the tremendous enthusiasm, far greater than the Democrats. You’ll see in 2020!” He followed that tweet by repeating a phrase that’s become one of his refrains about how the media treats him: “Presidential Harassment!”

The president then once again emphasized why he has singled out the Squad: “I don’t believe the four Congresswomen are capable of loving our Country. They should apologize to America (and Israel) for the horrible (hateful) things they have said. They are destroying the Democrat Party, but are weak & insecure people who can never destroy our great Nation!”

On Monday, the president tweeted the following:

“The Amazon Washington Post front page story yesterday was total Fake News. They said ‘Advisors wrote new talking points and handed him reams of opposition research on the four Congresswomen.’ Now really, does that sound like me? What advisors, there were no talking points, except for those stated by me, & ‘reams of paper’ were never given to me. It is a made up story meant to demean & belittle. The Post had no sources. The facts remain the same, that we have 4 Radical Left Congresswomen who have said very bad things about Israel & our Country!”

“The Mainstream Media is out of control. They constantly lie and cheat in order to get their Radical Left Democrat views out their for all to see. It has never been this bad. They have gone bonkers, & no longer care what is right or wrong. This large scale false reporting is sick!”

Here’s a small snippet of what the Post had to say about the tweets:

“President Trump’s own top aides didn’t think he fully understood what he had done last Sunday, when he fired off a trio of racist tweets before a trip to his golf course,” the report begins. “After he returned to the White House, senior adviser Kellyanne Conway felt compelled to tell him why the missives were leading newscasts around the country, upsetting allies and enraging opponents. Calling on four minority congresswomen — all citizens, three born in the United States — to ‘go back’ to the ‘totally broken and crime infested places from which they came’ had hit a painful historical nerve.”

Whether the media wants to admit it or not, they have had one goal in mind since President Trump took office, and that’s to make sure they tarnish his name and push any sort of narrative that could possibly lead to his being pushed out of office.

The mainstream media, publications like the Washington Post, have dropped all notions of journalistic integrity and ethics, becoming a propaganda arm for the Democratic Party.

Their only concern right now is helping Democrats reclaim the White House and these folks are smart enough to know that if they go up against Trump in 2020, they’re going to lose.

So what’s their strategy? Get him booted out of office. It’s pathetic on every level, but that doesn’t make it any less true.

Largest County In Maryland Snubs ICE, Refuses To Cooperate With Them