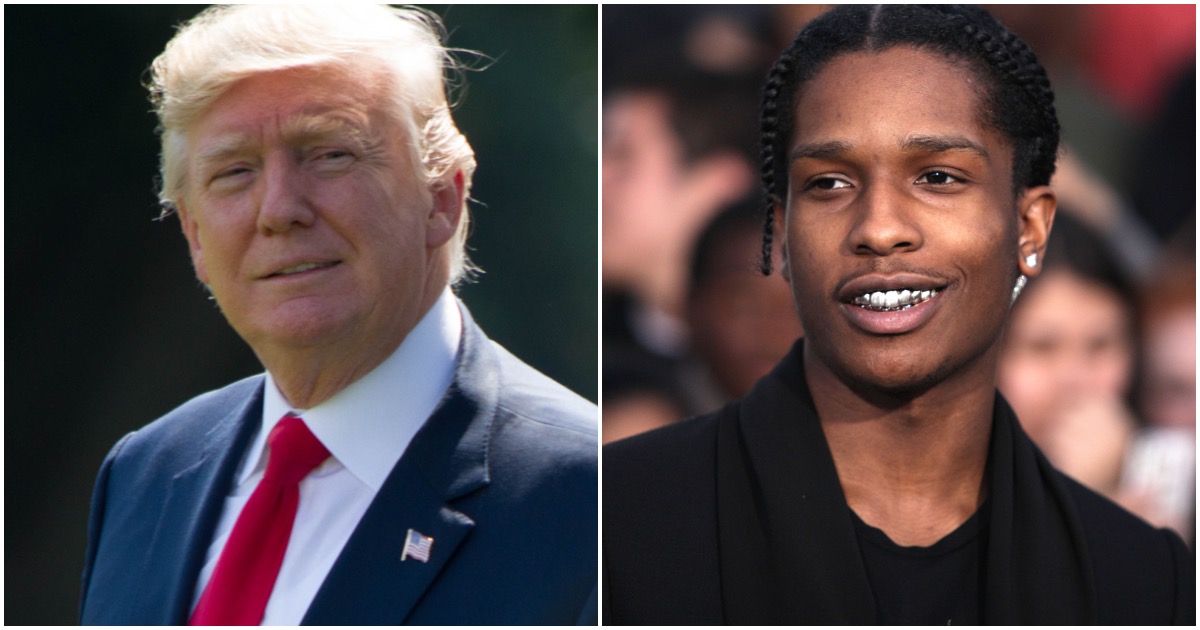 American rapper ASAP Rocky was detained in a Swedish jail for a good long while due to a street brawl.

From all indications, it looks as though the artist was defending himself.

President Trump took notice and called on Sweden to free Rocky for not really doing anything wrong, and it eventually happened.

Some of President Trump’s allies who said they were involved in the White House’s recent push to secure A$AP Rocky’s release from detainment in Sweden earlier this month claimed that it was understood that the rapper was supposed to thank the president for his efforts after his release. But now they say his team is longer “returning our text messages.”

In an interview with Yahoo News released on Thursday, Darrell Scott and Kareem Lanier — a pastor and co-chair of the Urban Revitalization Coalition, respectively, who have made several appearances at White House events focused around black issues — said they were instrumental in kickstarting the Trump administration’s efforts to secure the release this month.

The two said they were first put in touch with Rocky’s team by self-described Hollywood “fixer” Hassan Muhammad. Muhammad, who reportedly has a reputation in the entertainment industry for handling problems, said he got in touch with Scott and Lanier for help getting Rocky out of Sweden after he was arrested for alleged assault in July.

CNN anchor Chris Cuomo has become a news story himself after losing his mind and going on an insane rant against a Trump supporter who called him “Fredo,” which he equates to a racial slur of some kind.

In reality, Cuomo was given this nickname because of the character from the Godfather films, who is a weakling, not very smart, and a betrayer of his family, the Corleones.

It seems the Trump supporter actually thought the man’s name was Fredo when he approached him, but that didn’t stop Cuomo from threatening to throw the man down some stairs.

Well, now that the video has gone viral, President Trump has weighed in on it and his response is classic.

Would Chris Cuomo be given a Red Flag for his recent rant? Filthy language and a total loss of control. He shouldn’t be allowed to have any weapon. He’s nuts!

One thing’s for sure. Trump’s troll level is absolutely set at “expert,” no doubt about it. Which is one of many reasons the left hates the guy so much. He knows what he’s doing when it comes to economics and many of the issues facing Americans today, and he’s not afraid to hit the left where it hurts them the most, which is their delicate egos.

Cuomo is definitely showing that he can dish it out, but can’t take it, which is only going to make him a bigger target for his political enemies. Probably not a smart move to give in to emotions.

Gaffe Master Biden Boasts of Vermont’s Beauty, Problem Is That He Was In New Hampshire