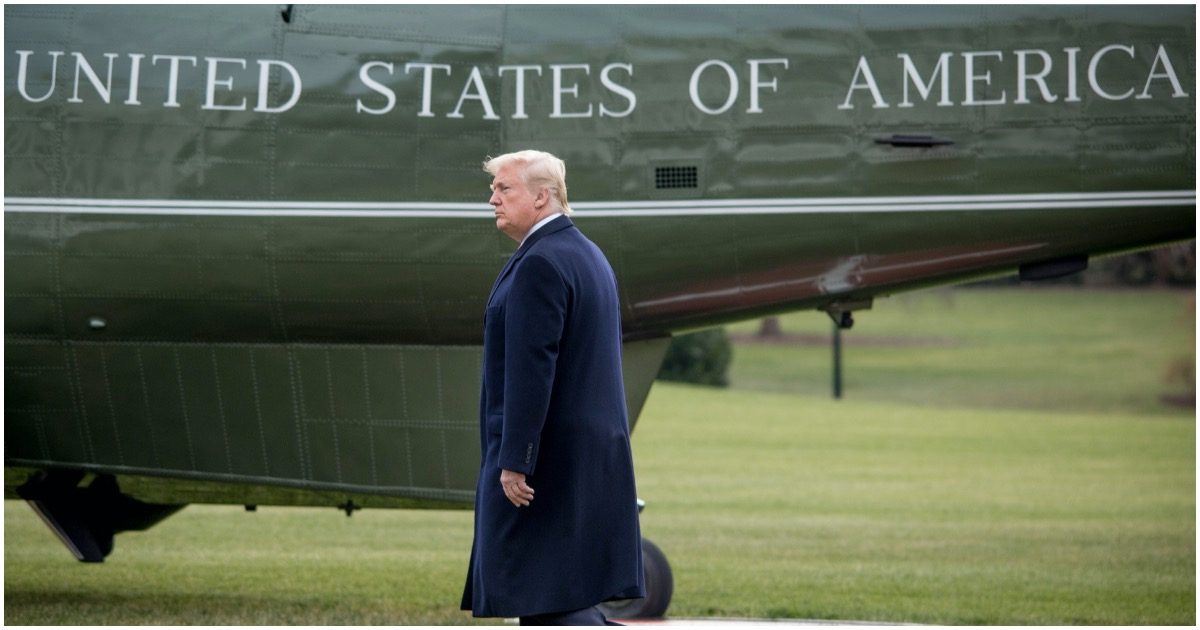 Donald Trump made it clear from the start that he wasn’t going to accept his $400,000 annual salary as president. Obviously, that amount of cash to a multi-billionaire is relatively meaningless.

On Tuesday, POTUS announced where he would donate his latest paycheck. You’d have to imagine it won’t sit well with some people, for whatever reason.

The president pledged to donate his quarterly $100,000 salary upon taking office, and he has given it to various government agencies over his first three years in the White House.

He has previously donated his salary to the departments of Homeland Security, Transportation and Veterans Affairs, as well as the government agency fighting the opioid crisis, among others.

President @realDonaldTrump made a commitment to donate his salary while in office. Honoring that promise and to further protect the American people, he is donating his 2019 Q4 salary to @HHSGov to support the efforts being undertaken to confront, contain, and combat #Coronavirus. pic.twitter.com/R6KUQmBRl1 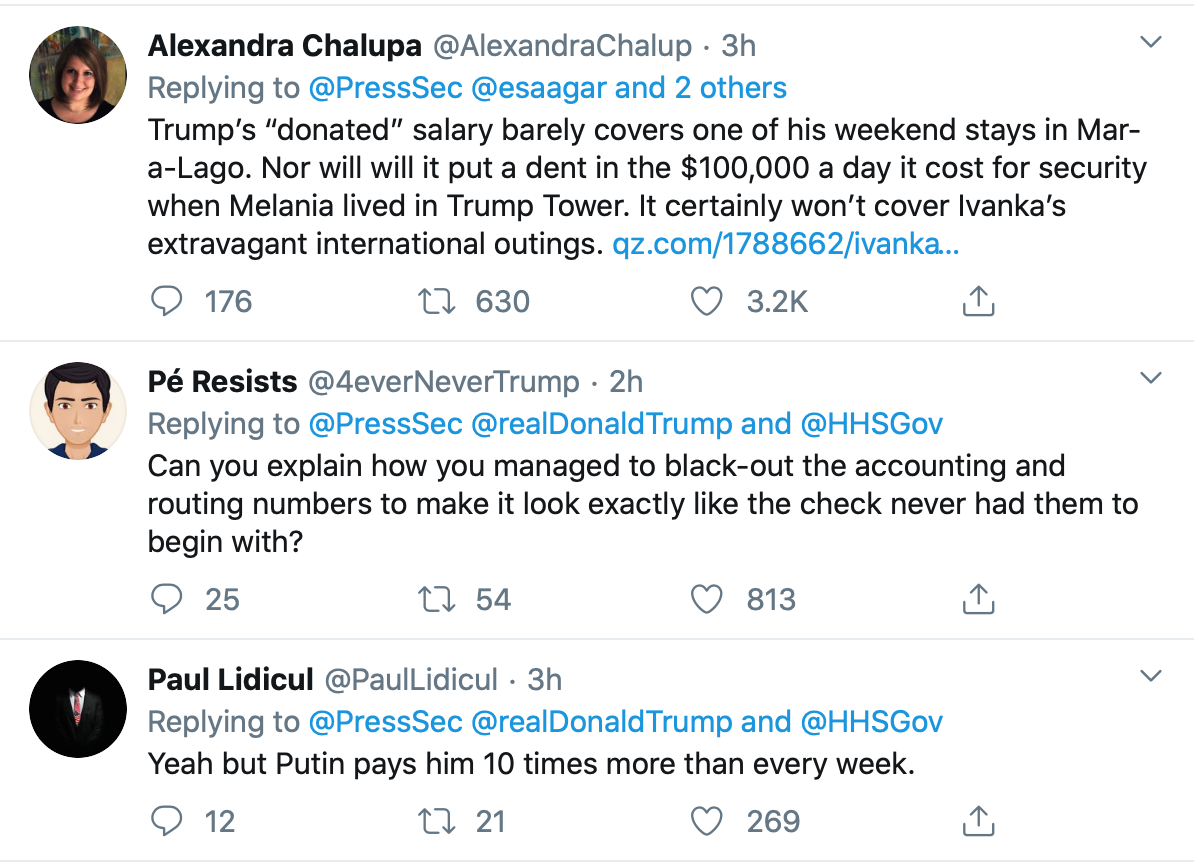 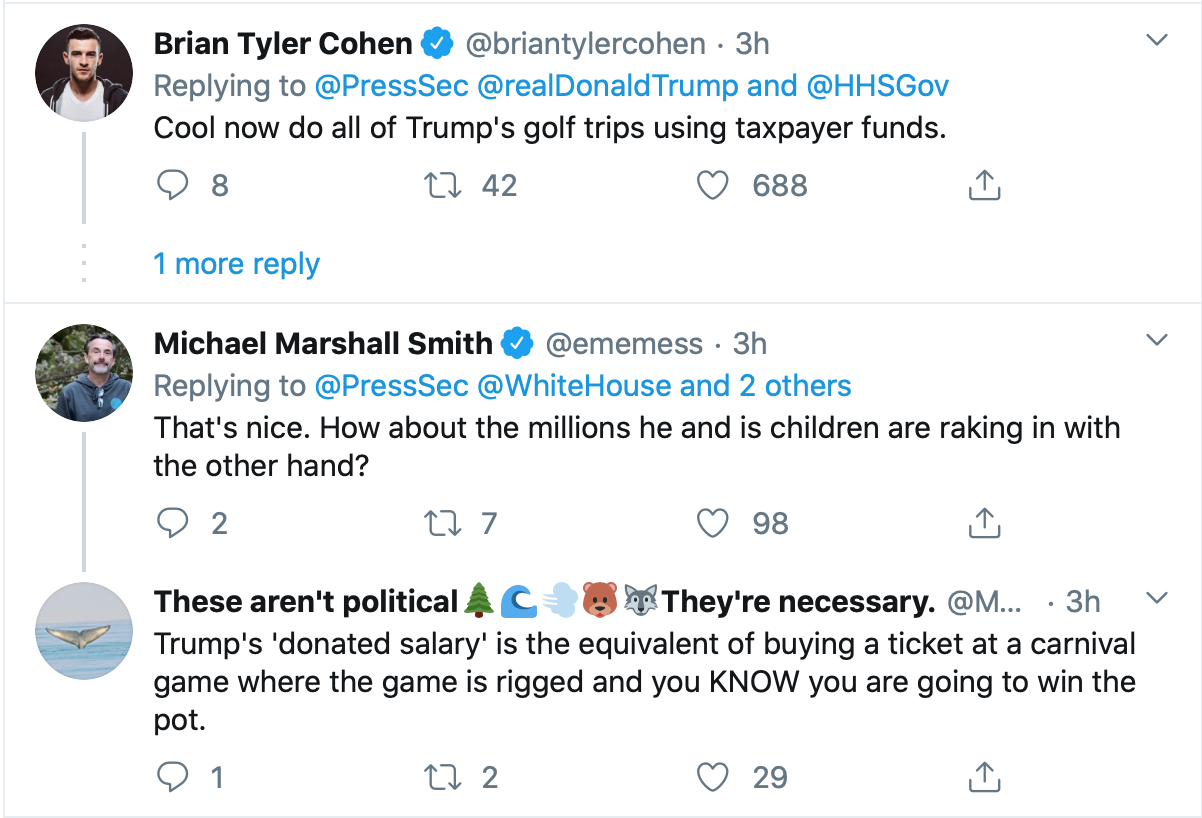 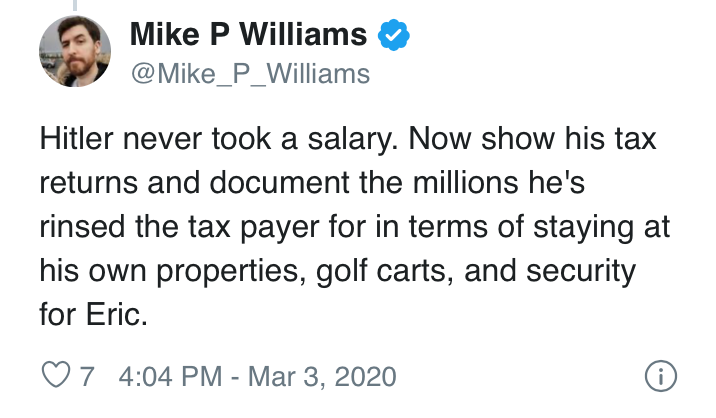 President Trump said the administration is “very strongly” considering closing the southern border to prevent the spread of the coronavirus.

At the press conference, Vice President Pence, who Trump announced on Wednesday would be leading the administration’s response to the virus, announced that the State Department would impose travel restrictions and advisories on Iran, South Korea and Italy, some of the countries hit hardest by the virus.

Democrats Desperately Unhappy That America Is Doing So Well (Opinion)