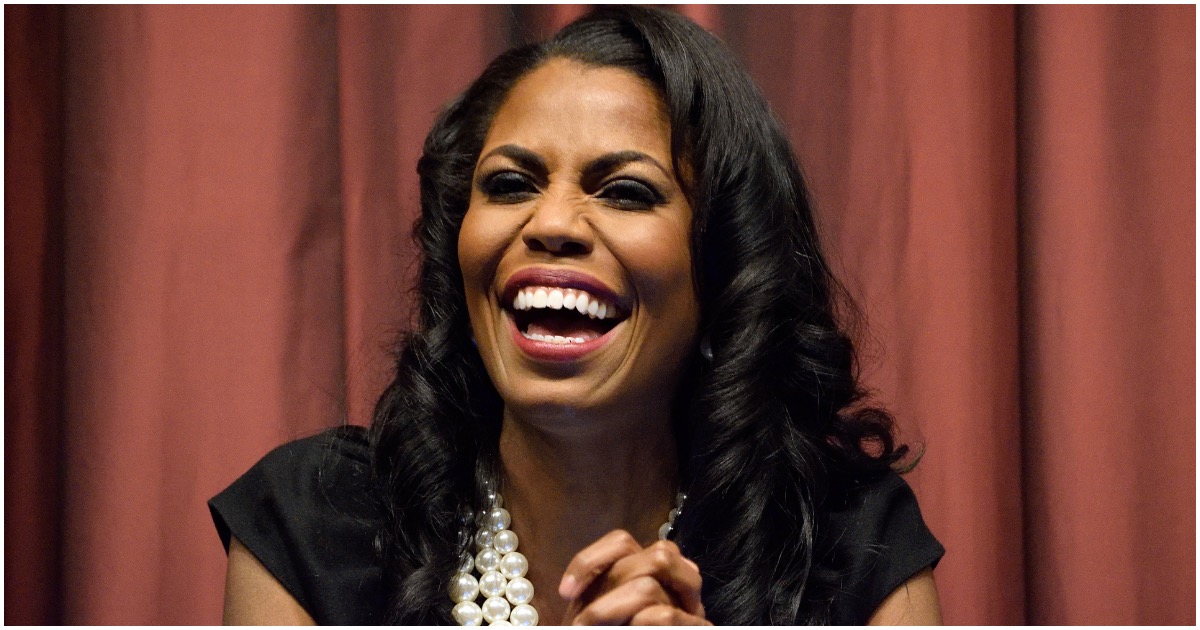 Omaraosa Manigault made her name on the first season of “The Apprentice.” I think.

I don’t know. Who cares?

Like Anthony Scaramucci before her, Omararosa loved Donald Trump before she hated him.

Now that the big O loves to badmouth the most powerful man in the world, she needs to remember with whom she’s dealing.

…Yes, I am currently suing various people for violating their confidentiality agreements. Disgusting and foul mouthed Omarosa is one. I gave her every break, despite the fact that she was despised by everyone, and she went for some cheap money from a book. Numerous others also!

…Yes, I am currently suing various people for violating their confidentiality agreements. Disgusting and foul mouthed Omarosa is one. I gave her every break, despite the fact that she was despised by everyone, and she went for some cheap money from a book. Numerous others also!

Trump’s attack on Manigault Newman came after he praised his former personal assistant, Madeleine Westerhout, who was fired Thursday. Trump called Westerhout a “very good person” and said Friday that she was ousted after she made remarks about his children during an off the record dinner with reporters.

Trump said Saturday morning that Westerhout called him Friday to apologize, adding that he forgave her and did not believe there would “ever be a reason” to use her confidentiality agreement.

…The following is from an article dating back to August 2018…

You’ve got to hand it to Omarosa, it’s actually pretty impressive she’s managed to keep herself in the news cycle when she has absolutely nothing substantial on which to share with the mainstream media.

Granted, said mainstream media is desperate to spin anything she says into anti-Trump slander, but they’d already be doing that anyway.

For her latest trick, Omarosa pulled out of her cache of inappropriate recordings of her time working for the Trump campaign and then the White House a video of Michael Cohen…doing absolutely nothing worthy of note whatsoever.

On the heels of Cohen’s guilty plea to fraud and campaign finance violations, Omarosa tried to join in on the media frenzy, but ended up getting slammed for the big, fat, nothingburger she released on Cohen.

Last week it was reported that @omarosa has an extensive stash of video, emails and other forms of documentation. Here's a video of Michael Cohen boarding Trump's plane during the 2016 campaign. pic.twitter.com/1TJBgbidAe

The video was of Michael Cohen, the president's longtime personal attorney, boarding his plane in September 2016. Not an unusual or strange thing. Omarosa said it was to show he wasn't a coffee boy etc. I don't think even Trump would try to say that.

I too am releasing EXCLUSIVE video of Michael Cohen. Must credit @crookedmedia pic.twitter.com/l8WTJoV5df

Oh my gosh!!! Cohen boarded Trump's plane?!? This has Russia written all over it!!!

Can we please stop listening to this lady?