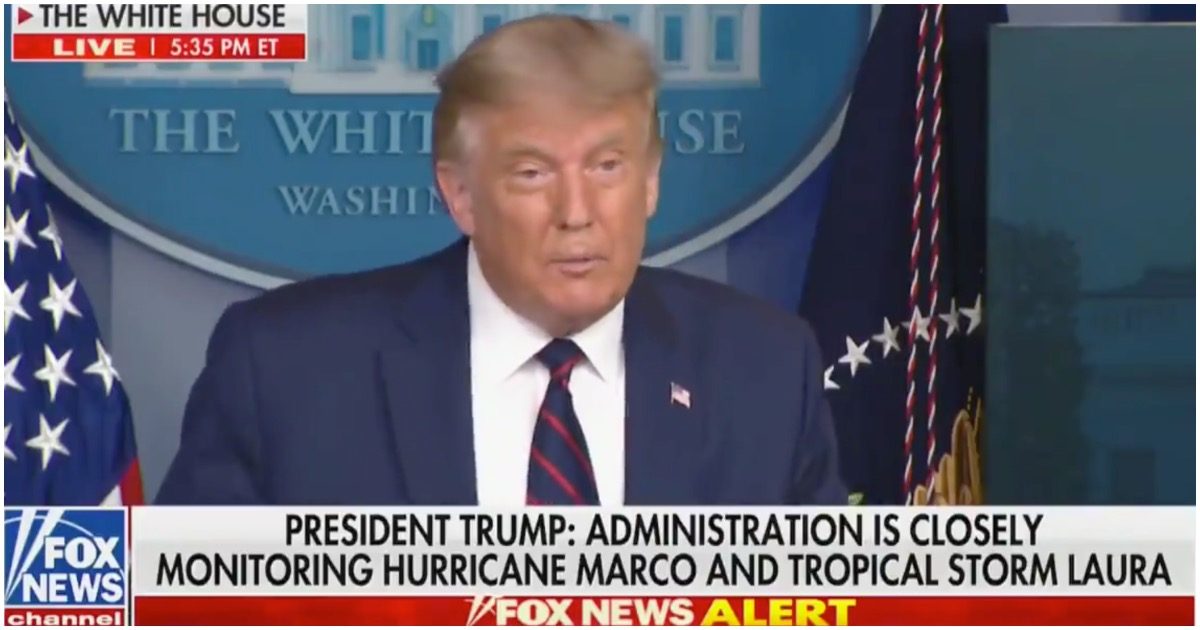 On Sunday afternoon, President Trump made a big announcement from the White House. It has to do with COVID-19. It involves a “major breakthrough.” This could be a very big deal.

President Trump on Sunday granted an emergency authorization for the usage of convalescent plasma to treat coronavirus patients, dubbing it a “major breakthrough.”

Speaking to reporters from the White House Sunday, Trump said the FDA has “issued an emergency use authorization… for a treatment known as convalescent plasma.”

President @realDonaldTrump: The FDA has issued emergency use authorization for convalescent plasma pic.twitter.com/53WfaJsvuz

Here are some absurd liberal reactions:

Now even the FDA has fallen. Truth, science, data, and public safety out the window. Trump re-election the goal.https://t.co/xP59e46oDu

Trump goes against his own FDA on the efficacy of plasma treatment for Covid. This is the same man who suggested injecting disinfectant and using nuclear weapons to stop hurricanes. I think the words fucking moron come into play here.

Putin announced his fake “vaccine breakthrough!” without studies and became (yet again) an international laughingstock.

Convalescent plasma been used in 90,000 ppl. Data's not been good, so FDA pulled back. Four days ago, FOX started harping that the FDA was blocking a miracle treatment. Yesterday, Trump repeated Fox. Today, he's going to hype what Fox hyped. https://t.co/qixUnsvtwD