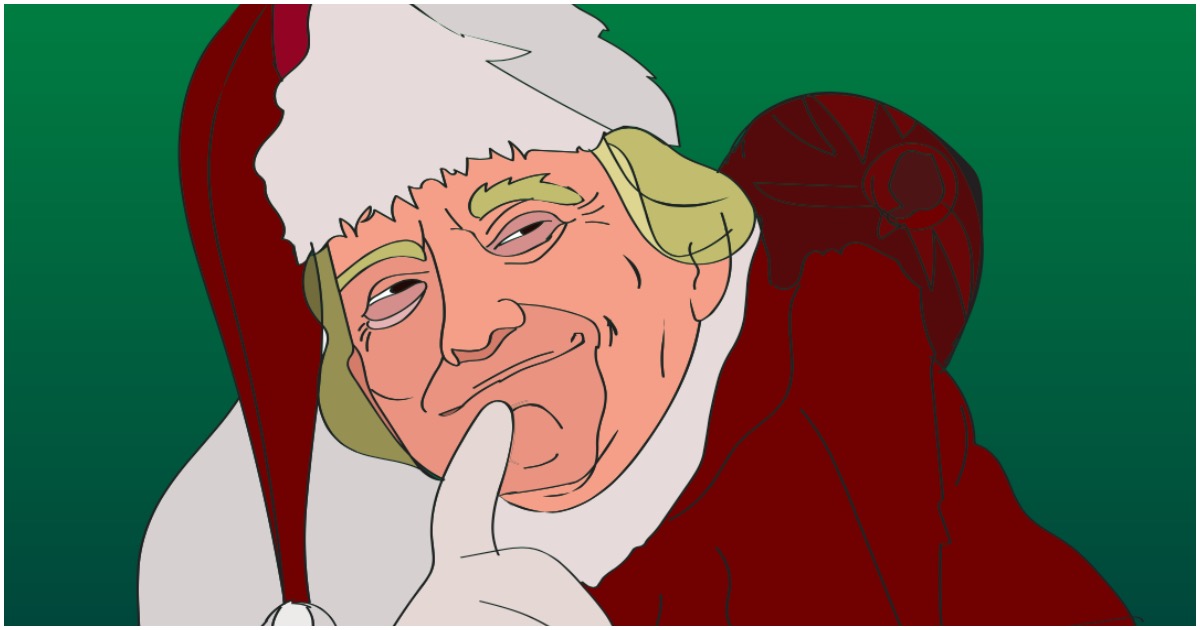 There will be no traditional White House Christmas party for the press this year.

The MSM has been far too naughty to be rewarded.

President Trump has canceled the White House holiday party for the media, making the decades-old tradition a victim of his increasingly contentious relationship with major news organizations.

The annual Christmas-season gathering was a significant perk for those covering the White House, as well as other Washington reporters, anchors and commentators, and New York media executives would regularly fly in for the occasion. At its peak, the invitation-only soirees grew so large that there were two back-to-back events, one for broadcast outlets and one for print organizations.

The White House made no announcement that it was dropping the press party. The president and first lady threw such a gathering last December but did not pose for pictures. Trump made a brief appearance with his wife and offered a few welcoming remarks.

Currently Under Secretary of State for Public Diplomacy and Public Affairs for the State Department, Nauert used to be a reporter for Fox News’ “Fox & Friends.”

The mainstream media, as well as Congressional Democrats, aren’t pleased with Trump for picking an “inexperienced journalist” for the UN post.

What’s odd is they didn’t make a peep when Barack Obama selected journalists for jobs in his administration – dozens of times!

In 2013, Obama nominated Samantha Powers for the U.N. post. Powers had begun her illustrious career as a war correspondent for four years, covering the Yugoslav Wars for U.S. News & World Report and the Boston Globe, among other publications. She went on to become director of a human rights center at Harvard, but also continued as a columnist for Time magazine.

CNN immediately called into doubt Nauert’s skills. In a section of a news piece titled “Qualifications questioned,” CNN cited a “senior diplomat” who said, “This is extraordinary. Especially in the footsteps of the former ambassadors: Madeleine Albright, Susan Rice.”

CNN was one of many outlets to criticize Nauert.

In another Washington Post piece headlined “The Foxification of the Trump White House, visualized,” the liberal paper complained about the “remarkable bit of interplay between the administration and the network that is also the only one Trump has praised regularly since taking office …”

More than 26 reporters went into the Obama Administration. I guess that was fine with the press back then, but not now. https://t.co/cKrsvTe3HR

No, silly. Barack Obama had his pick of reporters from every network, newspaper and magazine. They almost all fell for him, and those who didn’t join his Administration loved him and gave him soft coverage for 8 years. https://t.co/iB3knOBDTS

In fact, Obama had a hard time filling small gymnasiums. People were even paid to attend at least one event.