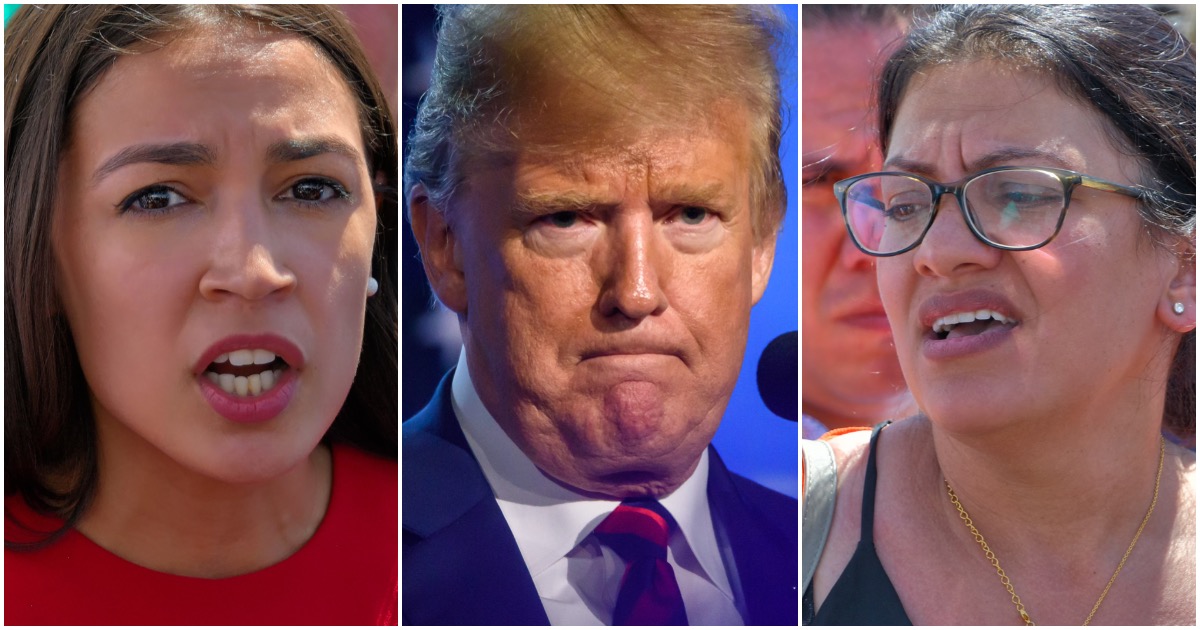 That’s probably why he gets so much done for America.

Check out what he tweeted first thing Sunday morning.

I don’t believe the four Congresswomen are capable of loving our Country. They should apologize to America (and Israel) for the horrible (hateful) things they have said. They are destroying the Democrat Party, but are weak & insecure people who can never destroy our great Nation!

I don’t believe the four Congresswomen are capable of loving our Country. They should apologize to America (and Israel) for the horrible (hateful) things they have said. They are destroying the Democrat Party, but are weak & insecure people who can never destroy our great Nation!

In case you live under a rock, Tlaib has made it abundantly clear that she isn’t the biggest fan of Israel.

Tlaib retweeted a tweet from a far-left Democrat activist that goes by the name “Rasha” on Twitter.

The tweet featured a video of NYU commencement speaker Steven William Thrasher who promoted the anti-Semitic movement at the school’s graduation this month.

Thrasher noted, “I am so proud, so proud, of NYU’s chapters of Students for Justice in Palestine and Jewish Voices for Peace, for supporting the Boycott, Divestment, and Sanctions movement against the apartheid state government in Israel.”

Tlaib, known for lodging her foot directly between her lips, says she was “really afraid” of her “fellow Americans” after 9/11.

About that, Palestinian flag deal from earlier.

She claimed, “A lot of my strength comes from being Palestinian.”

TERRIFYING! Before Receiving An Award, Hillary Clinton Is Introduced As ‘President’ (Watch)