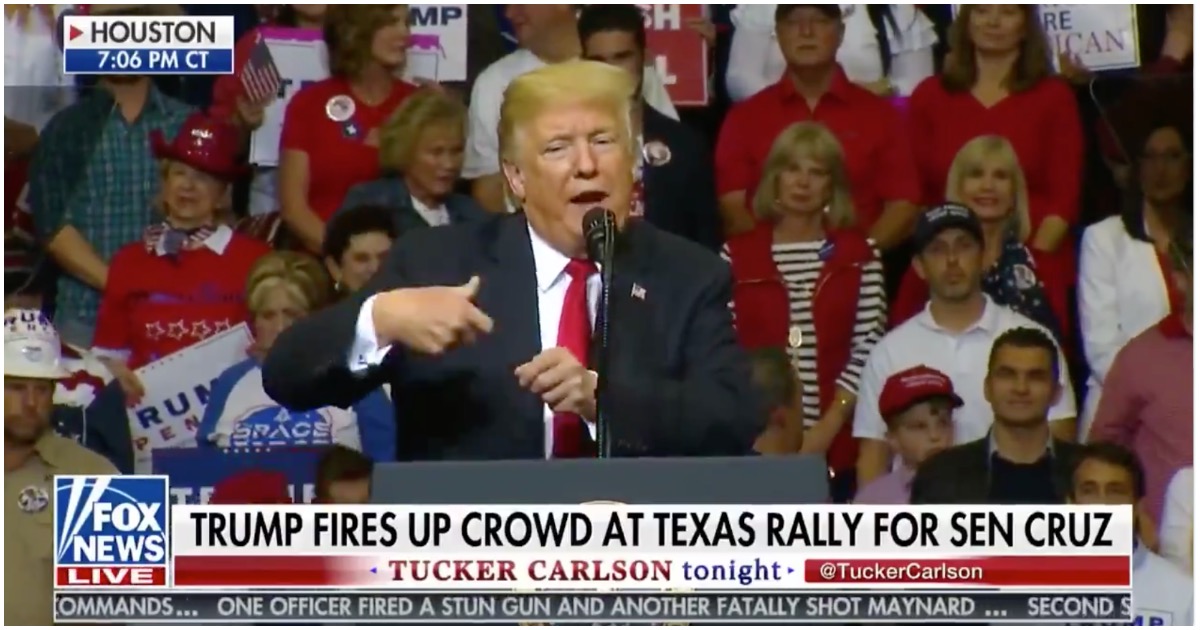 While speaking in Texas Monday night before 18,000 at the Toyota center, President Trump made a big announcement.

He said the Honduran migrant caravan (with some people reportedly from Congo, Bangladesh, and other nations) is paid for, and “Democrats had something to do with it.”

The Trump administration will seek to overhaul the rules for radical protesters who bark loudly outside the White House and other iconic DC locations.

The Trump administration is proposing to overhaul rules for protests in front of the White House and at other iconic locations in Washington, D.C., in an effort that opponents say is aimed at shutting down free speech.

The National Park Service’s (NPS) proposal, for which public comments are due by Monday, would close much of the sidewalk north of the White House to protests, limit the ability for groups to have spontaneous protests without permits in that area and on the National Mall and open the door to potentially charging some demonstrating groups fees and costs for their events.

The plan was released in August with little fanfare. But civil rights groups have been sounding alarm bells in recent days as the comment period comes to a close.

In making the proposal, the NPS cites its mandate to protect land, saying that it wants to “provide greater clarity to the public about how and where demonstrations and special events may be conducted in a manner that protects and preserves the cultural and historic integrity of these areas.”

Obama Goes to Vegas to Slam Trump, Says ‘I Believe In Facts’ (Watch)