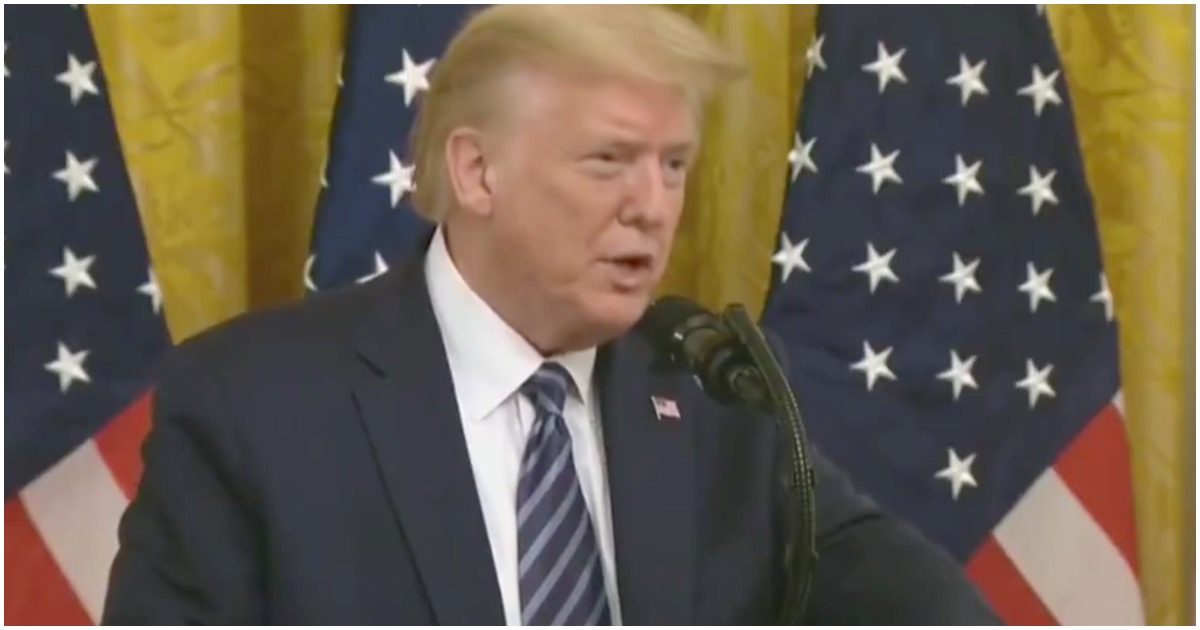 General Michael Flynn served as national security adviser in the Trump administration for a very, very short time. Of course, it now looks like Flynn was set up – read more about it at this link.

President Trump made an announcement about Flynn that will raise plenty of eyebrows, particularly from the left.

President Donald Trump told reporters late on Thursday afternoon that he will “certainly consider” bringing back former national security adviser Michael Flynn into his administration after bombshell FBI documents were unsealed this week that showed that the FBI discussed whether to use its interview with Flynn to “get him fired” and to “get him to lie.”

Trump said, “General Flynn was under an enormous pressure and it was an artificial pressure because what they did to Genera Flynn was a disgrace, it was a total disgrace, it’s shocking. What they tried to do to destroy him and to hurt this presidency was — there has never been anything like it. An absolute disgrace.”