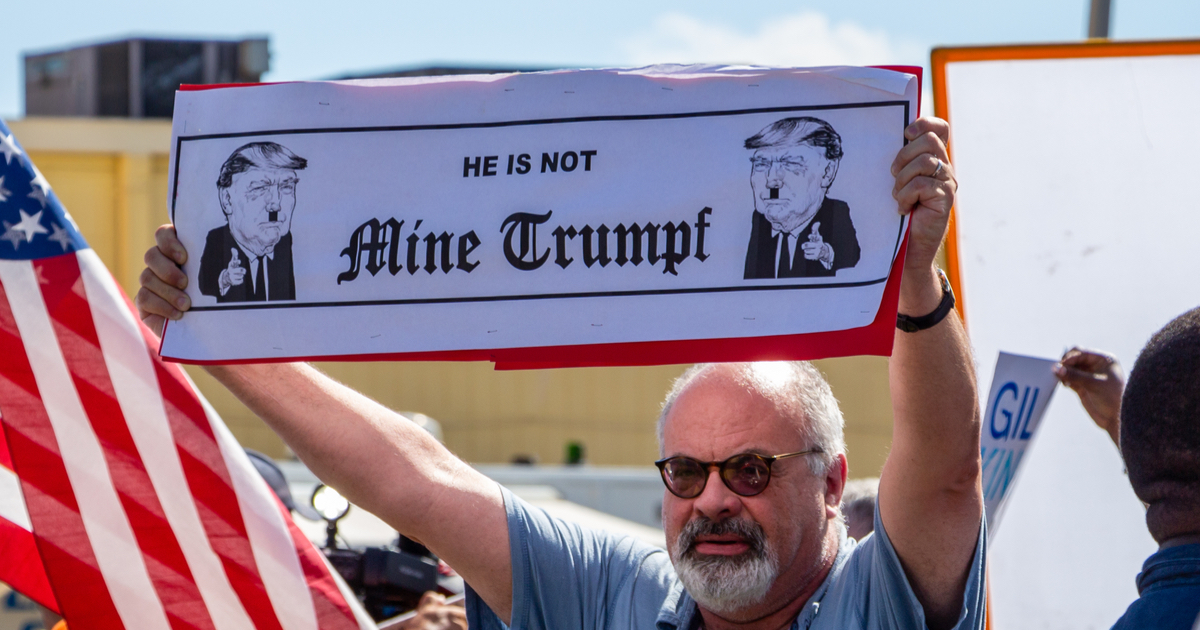 I feel like we have to have this conversation every few weeks, on account of the obtuse nature of the radical left, but here we go again.

Comparing anyone to Adolf Hitler is offensive, but not to those whom you hoped to disparage with your dumbfounding and ignorant statement.  No, it is offensive to those whose lives were effected by this monster of a man and the army of hate-centric citizens he created.

When you look around the world today, there are still some pockets of the world where the horrors of Nazi Germany can still be seen.  Concentration camps in North Korea, or the genocides of the African subcontinent come to mind, but these horrendous realities still pale in comparison to the systematic and ritualistic murder of 6 million jews.

So, to say that Donald Trump is akin to the evil mastermind behind this cruel culling is both ignorant and offensive to those who are still living with the repercussions of World War II’s horror.

Yet the left just won’t stop.

U.S. Rep. Hank Johnson has never been a fanof President Donald Trump, but the Lithonia Democrat significantly dialed up his criticism on Tuesday with a searing New Year’s Day speech that drew parallels between Trump’s rise and that of Adolf Hitler.

Johnson made his point from the pulpit at Friendship Baptist Church, during a celebration to mark the 156th anniversary of the implementation of the Emancipation Proclamation. He urged vigilance against tyranny.

“Americans, particularly black Americans, can’t afford to make that same mistake about the harm that could be done by a man named Hitler or a man named Trump,” Johnson said.

“Hitler was accepting of violence towards the achievement of political objectives,” Johnson said. “Trump encouraged violence against protesters at his rallies, and his messaging about Charlottesville — that there were bad people on both sides — sent a powerful message of approval to the far right racists in America.”

Will the left ever learn their lesson, or will we be doomed to these hyperbolic hissy fits for the foreseeable future?

Harry Reid, From His Deathbed, Unloads Both Barrels on Trump

Deadly Distractions: Laying the Groundwork for the Next Civil War
January 23rd, 2020 Sons of Liberty Media