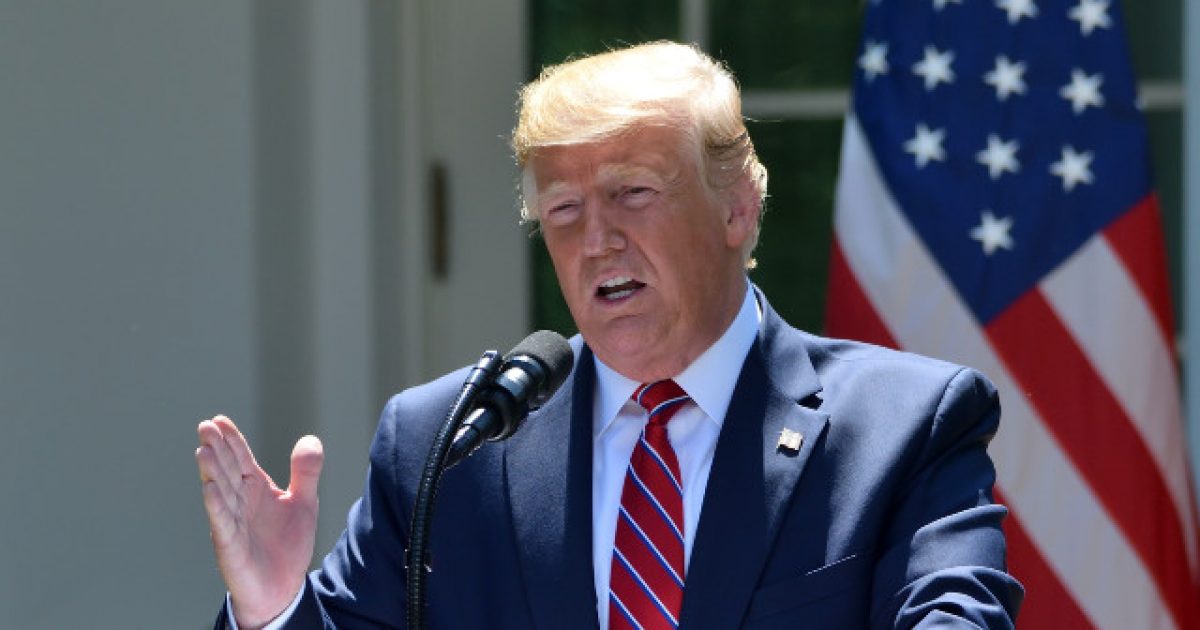 President Donald Trump squashed Democratic presidential nominee Joe Biden’s campaign manager, Jen O’Malley Dillon, after she made the claim that “under no scenario” could Trump be declared the victor of the 2020 presidential race on election night.

President Trump did an interview with Fox & Friends on Tuesday morning where he responded by saying, “That was a very weird quote. And I don’t know what she meant, except maybe she is talking about the very strange decision made by the U.S. Supreme Court that allows extra time and a lot of other things.”

“It allows for chaos, frankly. And so maybe she is talking about that. Maybe you can blow out Pennsylvania so you don’t have to do it,” the president noted.

Trump said he was not “intimidated” by the Biden campaign’s stance and said he doesn’t know who Biden’s campaign manager is.

“I have no idea who she is. She has something to do with his campaign, I guess. No. It was a strange quote. It was not a smart quote either, I think,” he said.

Recent decisions by the U.S. Supreme Court have allowed Pennsylvania and North Carolina to extend their deadlines for election officials to receive ballots.

“The decision on Pennsylvania was a horrible decision,” the president said. “There’s just no reason to go beyond the date. People should put their ballots in early. You don’t have to wait until the end. Why are they waiting till the end? They have it for a long time. They put their ballots in early and there’s plenty of time to count it, tabulate it and do it through a normal course.”

Here’s the thing. By delaying the results of the election, you run the risk of increasing the tension and unrest that is already growing in the hearts and minds of many individuals who are just dying to have an excuse to riot and loot their cities and neighborhoods.

Perhaps that’s what the radical left wants? Create as much civil unrest as possible to justify calls for major government intrusion. It’s a strategy they’ve used on many occasions. Why would this be any different?