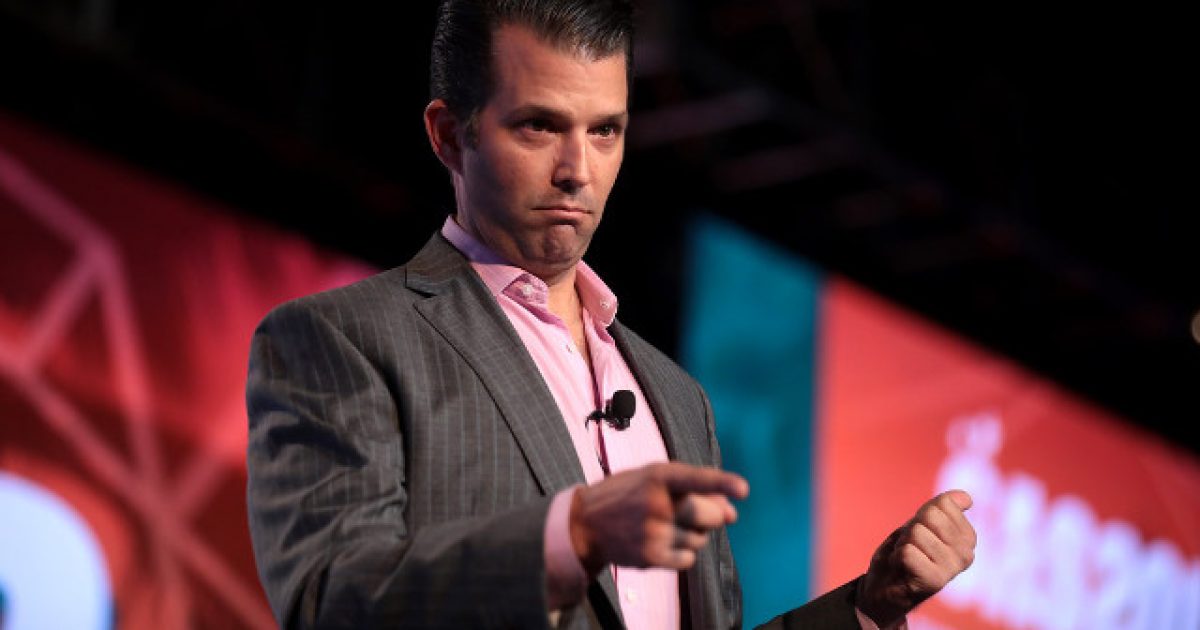 Donald Trump Jr. seems to have taken after his father in his fearlessness when it comes to calling out evil folks for their wicked statements, particularly hateful ones against Jews like those tossed out on Twitter by New York Times editor Jazmine Hughes.

Like father, like son. Makes you wonder if he’ll run for the White House one day, doesn’t it?

He could probably pull off a pretty solid victory, especially if he holds to the policies of his father.

Here’s the scoop from The Daily Wire:

Jazmine Hughes, an editor at The New York Times Magazine, made the remarks according to a report from Breitbart News, which noted that Hughes’ “most recent project for the Times’ magazine was the 1619 Project, a comprehensive series of articles and essays arguing that slavery was the institution that fundamentally shaped the modern United States.”

Trump Jr. tweeted: “I started to make a list of all the racist, anti-Semitic @NYTimes employees who’ve made cookie-cutter ‘apologies’ and kept their jobs … But I quickly realized there just aren’t enough hours left in the day.”

I started to make a list of all the racist, anti-Semitic @NYTimes employees who’ve made cookie-cutter “apologies” and kept their jobs… But I quickly realized there just aren’t enough hours left in the day. https://t.co/LkA0RME4TI

The tweets come less than a week after other bigoted tweets from NY Times fact-checker Gina Cherelus were discovered. Trump Jr. also took her to the woodshed over her comments:

Another day, another bigot exposed at the @nytimes. Are they ever going to do anything to address the rampant hatred at their paper? https://t.co/FfFSrkjC7l

What is truly maddening about all of this is the clear double standard being employed by the modern day left. If a conservative had said something like this, the cries for said individual to be fired would be loud and ceaseless. In fact, the individual’s whole career would’ve been destroyed in just a matter of days.

But when a fellow liberal does something heinous like this — which is actually quite often — it seems there are no negative consequences for them because they are protected by their own, simply for believing in progressive doctrine.

It’s shameful and corrupt, but when has that ever stopped a liberal from doing their part to push forward the progressive agenda?

The LGBT Boycott Against Chick-Fil-A Has Totally Failed; Sales Have Doubled Since 2012