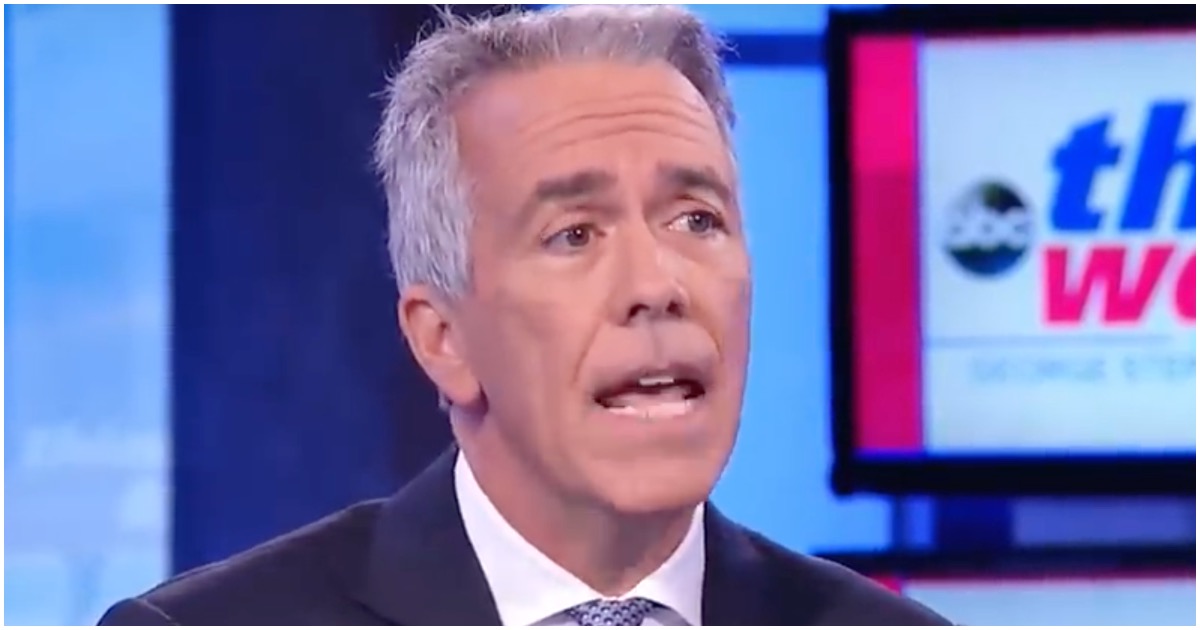 Former Congressman Joe Walsh announced on Sunday that he’s running for president as a Republican.

Obviously, his candidacy will be a sideshow just like the majority of Democrats running to unseat President Trump.

During an interview with ABC’s George Snuffaluffagus, Walsh said some pretty mean things about 45.

STEPHANOPOULOS: Have you reached a decision?

WALSH: Yes – and it’s great to be with you. I’m going to run for president and I’m to be on your show announcing my candidacy. George, no surprise, we’ve got a guy in the White House who’s unfit, completely unfit to be president, and it stuns me that nobody stepped up, nobody in the Republican party stepped up. Because I’ll tell you what, George, everybody believes – in the Republican party, everybody believes that he’s unfit. He lies every time he opens his mouth.

STEPHANOPOULOS: You say that, you say, “everybody believes he’s unfit,” but one of the things the White House points to and the president points to often is just about every poll shows more than 80 support for the president among Republicans.

WALSHThey don’t have an alternative. I’ll tell you what, George – and look, I’m running because he’s unfit. Somebody needs to step up and there needs to be an alternative. The country is sick of this guy’s tantrum. He’s a child. Again, the litany – he lies every time he opens his mouth. Look at what’s happened this week. The President of the United States is tweeting us into a recession. I can tell you, George, that most of my former colleagues up on the Hill, they agree privately with everything I’m saying.

Walsh has sent what some would consider pretty dicey tweets in the past.

Obama is a Muslim

He calls Trump a “cheap cracker.” On national TV.

He calls Trump a "cheap cracker." On national TV.

Would a comedian still have a job if he called Obama a "nigger?" https://t.co/g6d2FZ9h1X

Imagine if he had called him the biggest f***** in the league.

Imagine if he had called him the biggest faggot in the league.https://t.co/61OtbQr0RX

A professional hockey player was just suspended for 1 game for using the word “f**” during a game last night.

The pussification of America.

A professional hockey player was just suspended for 1 game for using the word "fag" during a game last night.

The pussification of America.

Loretta Lynch, this is America dammit! I have a right to say whatever I want about Muslims. If Muslims don’t like it, they can leave.

Loretta Lynch, this is America dammit! I have a right to say whatever I want about Muslims. If Muslims don't like it, they can leave.