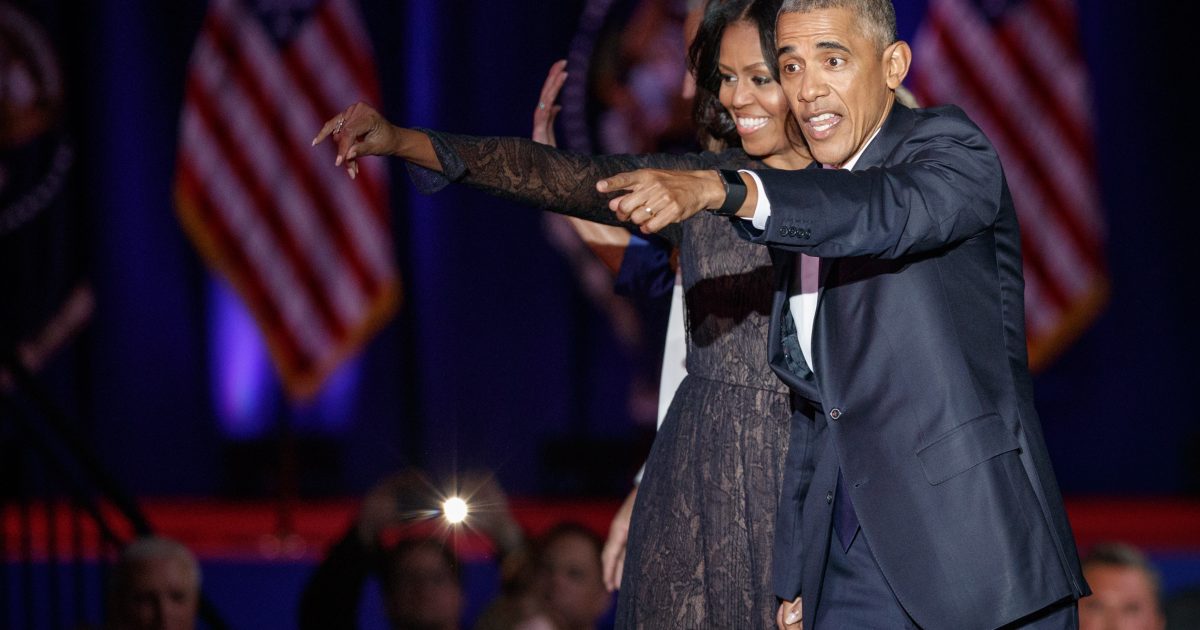 If it was possible, President Trump would become a professional troll.

That was meant as a compliment.

The president knows how to get under a person’s skin simply by using their own words against them.

Trump and Obama both agree that it’s time to do something about illegal immigration.

The Democrats OBSTRUCTION of the desperately needed Wall, where they almost all recently agreed it should be built, is exceeded only by their OBSTRUCTION of 350 great people wanting & expecting to come into Government after being delayed for more than two years, a U.S. record!

The reason the DACA for Wall deal didn’t get done was that a ridiculous court decision from the 9th Circuit allowed DACA to remain, thereby setting up a Supreme Court case. After ruling, Dems dropped deal – and that’s where we are today, Democrat obstruction of the needed Wall.

There is right now a full scale manhunt going on in California for an illegal immigrant accused of shooting and killing a police officer during a traffic stop. Time to get tough on Border Security. Build the Wall!

The man whose legacy is being eroded daily by President Trump was just honored by the city of Los Angeles.

After that, you can imagine multiple other liberal cities will follow suit.

The honor? A freeway.

Areas in or around major American cities in blue states are pushing to name their highways after former President Barack Obama. The latest case in point: Los Angeles, where a part of the 134 Freeway between Glendale and Pasadena has been named the President Barack H. Obama Highway.

That portion of the highway runs between Glendale CA-2 and the 210 Freeway, and includes the exit that leads to Occidental College, which Obama attended from 1979 to 1981. State Senator Anthony J. Portantino (D – La Cañada Flintridge), who co-authored the bill, gushed that the time Obama was a student at Occidental “influenced his political trajectory and lead him to become one of the most revered and respected Presidents in history.” He continued, “Our community came together to make this happen. It is an honor to be in a position to have helped facilitate this wonderful symbol of our collective respect for the grace and dignity embodied by our 44th President.”

A populist conservative wave was sweeping country after country.

In France, the conservative candidate lost to liberal Emmanuel Macron in a close race. Macron’s country is now on fire, with protesters taking to the streets en masse thanks to rising taxes.

Macron’s approval rating is now just 18% and he was emphatically endorsed by the most progressive president in American history, Barack Obama.

This has ensured that Mr Macron’s approval rating – his lowest since he took office in 2017 – is now just 18 per cent, according to a new YouGov poll.

1,006 people were polled, meaning the margin of error probably sits around probably 7%. Therefore, at best, Macron’s approval rating is 25%.

Is that something of which to brag?

Here's why Obama thinks Macron should be France's next president. pic.twitter.com/H9vXiXgY6F

Obama: “I’m not planning to get involved in many elections now that I don’t have to run for office again.”

“But the French election is very important to the future of France and the values that we care so much about.”

“Because of how important this election is, I also want you to know that I am supporting Emmanuel Macron to lead you forward.”

In other Obama news…

Those words came from the mouth of Barack Obama.

Obama: "Suddenly America is the largest oil producer, that was me people … say thank you." pic.twitter.com/VfQfX1SR0x

During a recent speech, Obama made it clear how amazing he is and how everyone who has ever worked with him is a dunce.

And now from all that increased economic activity, the federal government has just reported historic record tax revenues in October, the first month of the new fiscal year, of $252,692,000,000.

That’s more than $11.4 billion above revenue for October of last year, which was the previous record tax revenue for an October.

And it did this by collecting more than $3 billion less in personal income taxes, thanks to the tax cuts.

Go to The Comedy Store in Los Angeles, ask to do a set and let’s take it from there, okay?