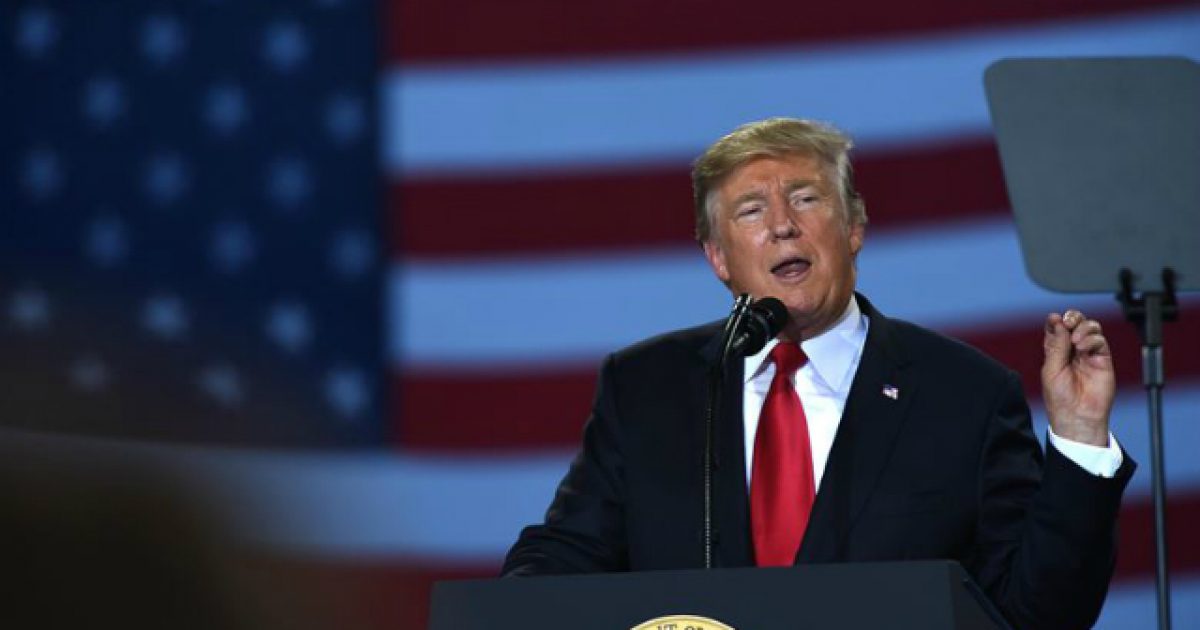 President Trump, well known for being a counterpuncher, has had enough of the Democratic Party taking shots at him, raking him over the coals, and being in the way of him accomplishing the agenda he set out to accomplish when campaigning for president back in 2015-2016.

The latest scheme of the Democrats is, of course, the impeachment proceedings, with the Senate trial set to begin this week.

Trump has claimed there has been “zero fairness” for him by the radical left in this country who have been on a witch hunt to see him removed from office for a long, long time.

“They didn’t want John Bolton and others in the House. They were in too much of a rush. Now they want them all in the Senate. Not supposed to be that way!” Trump tweeted Monday, referring to Democrat-sought witnesses like Bolton, his ex-national security adviser.

They didn’t want John Bolton and others in the House. They were in too much of a rush. Now they want them all in the Senate. Not supposed to be that way!

“Cryin’ Chuck Schumer is now asking for ‘fairness,’ when he and the Democrat House members worked together to make sure I got ZERO fairness in the House,” he continued. “So, what else is new?”

Cryin’ Chuck Schumer is now asking for “fairness”, when he and the Democrat House members worked together to make sure I got ZERO fairness in the House. So, what else is new?

The president’s tweet comes just hours after Senate Democratic Leader Chuck Schumer, D-N.Y., vowed to “force votes on witnesses and documents” in the impeachment trial, which is slated to begin Tuesday.

“We Democrats aim to get the truth,” Schumer said. “Make no mistake about it, we will force votes on witnesses and documents, and it will be up to four Republicans to side with the Constitution, to side with our democracy, to side with the rule of law, and not side, in blind obeisance, to President Trump and his desire to suppress the truth. Because, in my judgment, he probably thinks he’s guilty.”

One thing liberals have never been able to stand about Trump is how he is totally unafraid to stand up for himself and not take attacks lying down, which is a trait put on full display here.

We don’t have long to wait in order to find out just how fair or not this little trial is going to be.