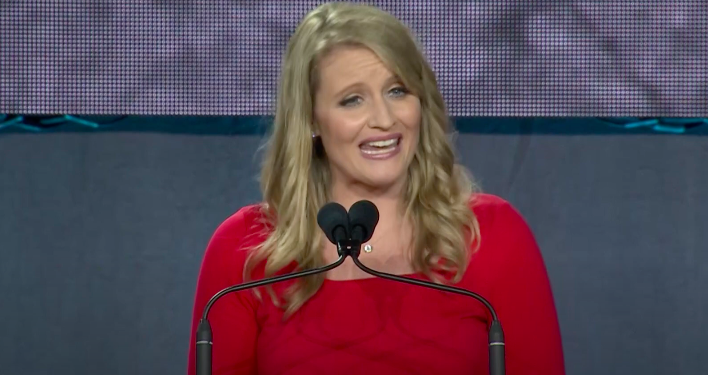 AS the GOP continues to struggle to maintain order and balance, a notable member of Donald Trump’s inner circle is now denouncing the Republican Party, and sending shockwaves through the RNC in the process.

Jenna Ellis, lawyer for former President Trump who joined Rudy Giuliani on his coast-to-coast effort to shed light on issues with the 2020 election, has now decided that the GOP is no longer for her.

Jenna Ellis, a senior legal adviser to former President Donald Trump’s 2020 campaign, said on Monday she is leaving the Republican Party in protest following the disclosure of an email from a top Republican National Committee lawyer criticizing her efforts in challenging the results of the November contest.

Ellis made the announcement on Real America’s Voice and called on RNC Chairwoman Ronna McDaniel and other members to “resign now” to create a clean slate, adding she would not return until they do.

She also questioned what happened to the “millions raised” by the RNC in November and December of last year when the election challenges were playing out, saying, “the Trump team never saw a dime of that help.”

Ellis was very clear about her feelings.

After the tumultuous fallout of the 2020 election, there were rumors that Trump himself could step away from the GOP, especially as he failed to receive the sort of support that he felt was obligated to him from the organization.