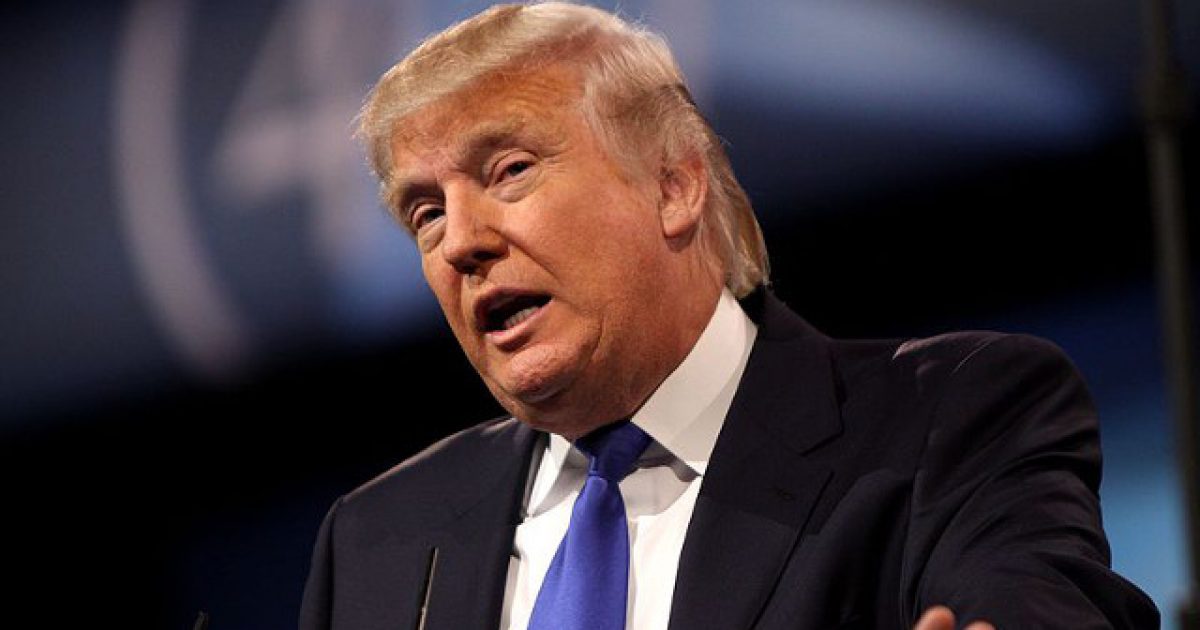 President Trump is a man loved by many Americans simply because he’s the kind of a guy who doesn’t take garbage from the left-wing media, holding them accountable for their biased coverage and for their attempts to push propaganda.

The latest example of this comes from a single tweet from the president where he takes NBC News to the woodshed for an erroneous report they made this week concerning his attorney Michael Cohen’s phones being wiretapped.

Trump pulled absolutely no punches, delivering a massive blow to the network for being, in his words, “wrong again.”

NBC NEWS is wrong again! They cite “sources” which are constantly wrong. Problem is, like so many others, the sources probably don’t exist, they are fabricated, fiction! NBC, my former home with the Apprentice, is now as bad as Fake News CNN. Sad!

The president’s tweet came after NBC News issued a correction to its original report released Thursday. Initially, the outlet reported that Cohen’s phones were wiretapped prior to the FBI raiding his home, office and hotel room last month.

But NBC later said other officials clarified that investigators were only logging phone numbers, but not listening in.

Fox News also confirmed that federal investigators kept a register of phone calls made by Cohen, while not recording those calls. Sources with knowledge of the proceedings told Fox News Thursday afternoon that investigators used what’s known as a pen register, or a dialed number recorder (DNR), on at least one of Cohen’s phones. A pen register records all numbers dialed from a given phone number, as well as the length of each call.

The cash was allegedly paid as a means of keeping Daniels quiet about having an affair with Trump in the early 2000s.

It’s so refreshing to have a leader in office who doesn’t take any junk from the mainstream media, the vast majority of which is radically left-leaning and willing to do anything to destroy the president.

Perhaps, one day, we will see journalistic integrity make a comeback and news outlets once again care about making sure the public stays informed with the truth.

Major University Wants to Boot Colonial Mascot, What They Want to Replace Him With is Ridiculous

It certainly doesn’t appear as though Waters has learned her lesson.

Maxine Waters is no stranger to controversy, especially when it comes to her vision of the role of violence in the political process. Back in 2018, the California Congresswoman told a group of constituents that they should confront staffers for then-President Donald Trump. “Let’s make sure we show up wherever we have to show up,” Waters told a crowd in California over the weekend. “If you see anybody from that cabinet in a restaurant, in a department store, at a gasoline station, you get out and you create a crowd, and you push back on them, and you tell them they’re not welcome anymore, anywhere.” Then, just days ahead of the jury’s deliberations in the Derek Chauvin trial, Waters again suggested that Americans should be “more confrontational” regarding the case. This comment drew widespread criticism from her colleagues in Congress, and Maxine was soon facing a censure by House Minority Leader Kevin McCarthy. Now that this effort to admonish Waters has failed, the longtime Democrat seemed to take a victory lap on MSNBC. On MSNBC’s “The ReidOut” Tuesday, Waters knocked the censure efforts led by House Minority Leader Kevin McCarthy, R-Calif. The vote to table McCarthy’s censure resolution was 216-210 and split along party lines. “Of course, I’m criticized all the time, and of course, the Republicans make a target of me, but as you know, I am passionate on these issues,” Waters told host Joy Reid. “I’m so sorry that it causes pain oftentimes with my colleagues. Many times they’re in these districts where they are frightened, where they have a lot of racism, where they haven’t moved to the point that they can have a decent conversation about these issues and sometimes it’s very difficult for them. “But they stood up with me today,” she added. “They put…