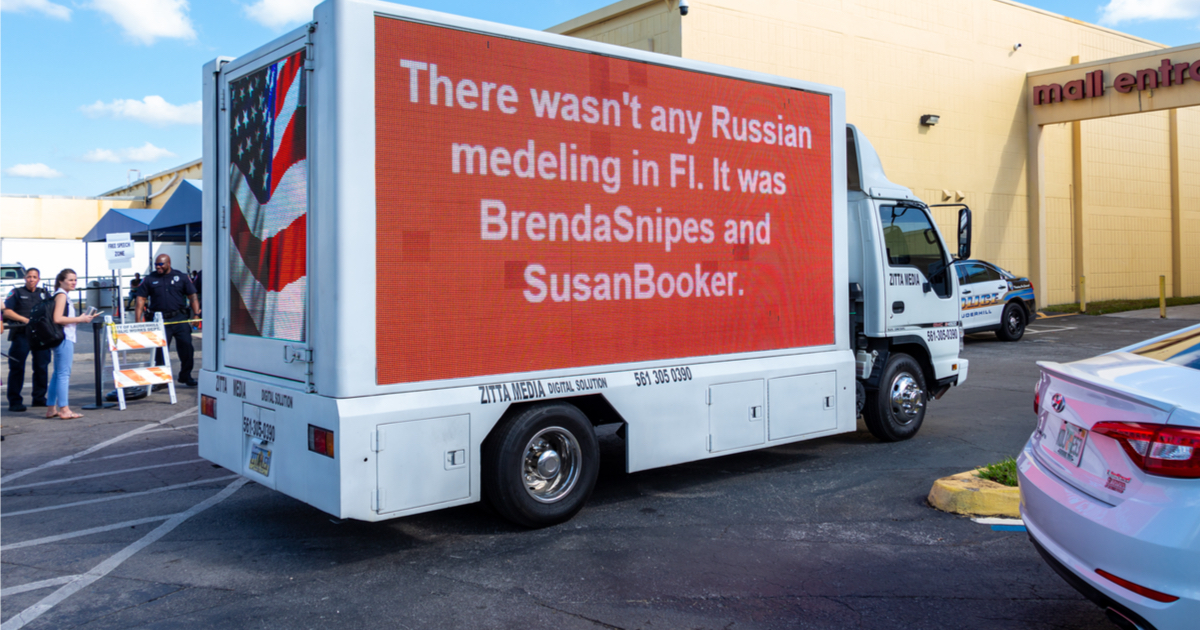 Now nearly a week removed from the 2018 midterms elections, we are still awaiting the all-important results of a number of Florida races with wide-spread implications for the entire nation.

With Florida very often finding themselves in the “battleground state” category, it’s almost surprise that partisan bickering would be an undeniable part of the Sunshine State’s electoral process, but the treachery and deceit that we have been a witness to over the course of the last seven days have been unparalleled.

There are extremely blunt efforts underway in Florida to undermine the will of the American people, including some of the most careless handling of ballots that we’ve ever see.

President Donald Trump expressed skepticism about a recount in the Florida election on Monday, claiming it was impossible to conduct a fair tally.

“An honest vote count is no longer possible-ballots massively infected,” he wrote on Twitter. “Must go with Election Night!”

The recount of the midterm election vote has already started with the deadline for results on Thursday.

Florida has been a hotspot of civil unrest in recent days due to the overt shenanigans occurring within the electoral process, particularly in perpetually-inept Broward County.

As Cali Cooks, Governor Makes Crock of a Claim on Climate