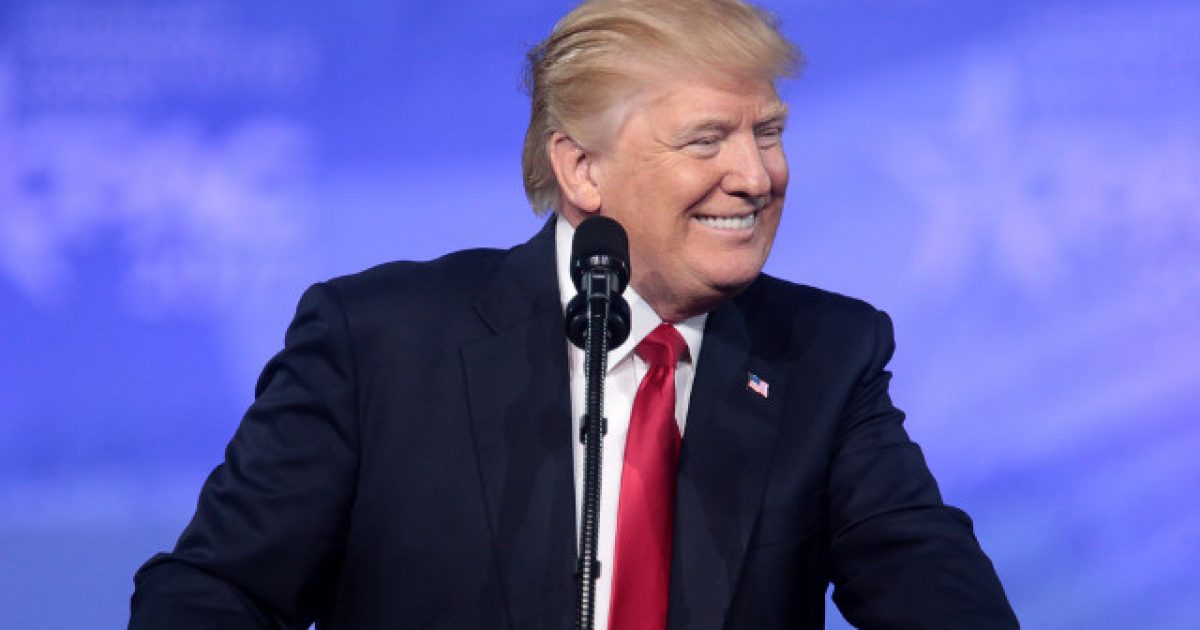 President Trump took some time during his Monday night rally in Houston to mock Sen. Elizabeth Warren over her failed attempt to prove she’s Native American last week, saying he fully intends to keep calling her “Pocahontas” because her DNA results prove she doesn’t have “enough Indian blood.”

As you can probably imagine, this news isn’t going to sit too well with Warren.

“I can’t call her Pocahontas. She doesn’t qualify. … I’ve been saying it for a long time,” Trump said. “I’ve been saying it for a year and a half. I said, ‘I have more Indian blood than she does, and I have none.’ I can’t use the name Pocahontas, but if you don’t mind, I will anyway, OK? We got to keep her down,” Trump said to cheers and laughter.

Warren, a Massachusetts Democrat running for re-election, listed herself as Native for years in the Association of American Law School Directory, and according to the Boston Globe, she “had her ethnicity changed from white to Native American at the University of Pennsylvania Law School, where she taught from 1987 to 1995, and at Harvard University Law School, where she was a tenured faculty member starting in 1995.”

Warren even submitted recipes to a Native American cookbook called “Pow Wow Chow,” which was released in 1984 by the Five Civilized Tribes Museum in Muskogee, Oklahoma. She signed her entries “Elizabeth Warren — Cherokee.”

Warren, who Trump has nicknamed “Pocahontas” because of her claims to be part Indian, released results from a DNA test last week that showed she is anywhere from 1.5% to .09% Native American (and also showed she’s 98.5% to 99.1% white, with European ancestors).

Trump recently took to Twitter where he ripped her once more for claiming to be Native American even after her test results prove otherwise.

“Pocahontas (the bad version), sometimes referred to as Elizabeth Warren, is getting slammed. She took a bogus DNA test and it showed that she may be 1/1024, far less than the average American. Now Cherokee Nation denies her, ‘DNA test is useless.’ Even they don’t want her. Phony!” he wrote.

Trump was referring to a statement released by the Cherokee Nation who condemned Warren for her claims.

Warren was also taken to the woodshed by a legitimate ancestor of Pocahontas and a Native American activist. It was a really tough week for Warren, and it doesn’t look like it’s going to get any easier.

Trump and Cruz Pack Out MAGA Rally, Get the Crowd Super Pumped