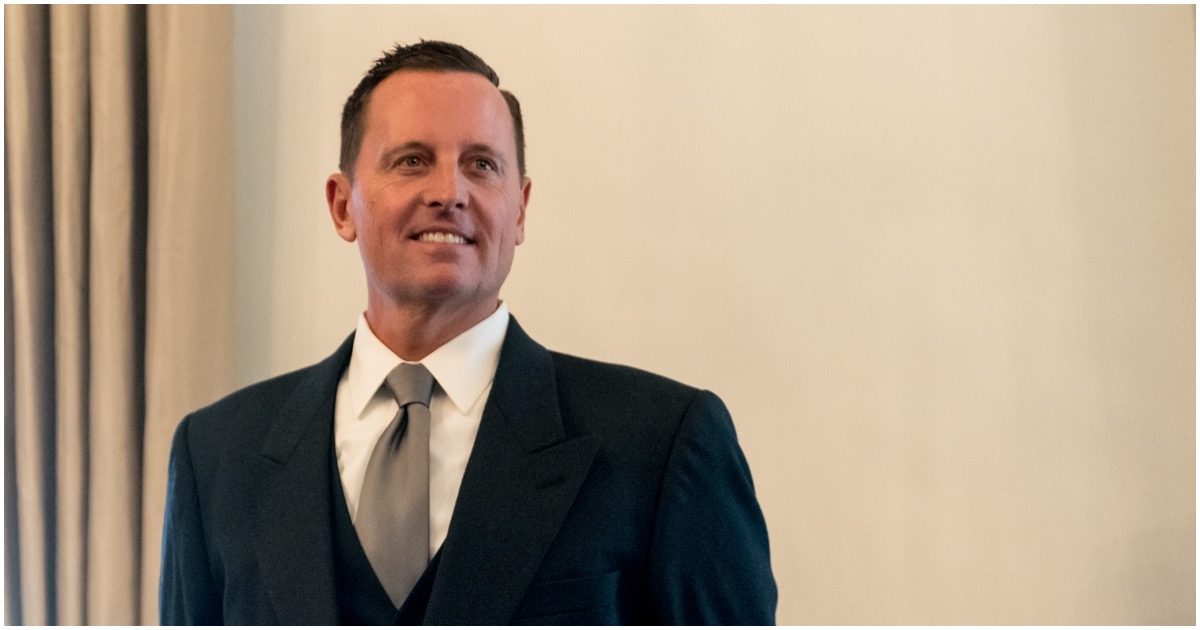 Democrats in Hollywood and the mainstream media will have a tough time trying to spin this new report. But that doesn’t mean they won’t give it their best shot, though. You know they will.

Donald Trump, the first duly-elected man to go into the White House as a supporter of gay marriage, will now be the first commander-in-chief to appoint a gay man to a cabinet-level position.

President Donald Trump is expected to name U.S. Ambassador to Germany Richard Grenell to be the acting director of national intelligence, sources have confirmed to The Daily Wire.

“He would take over from Joseph Maguire, who has served as the acting director of national intelligence since the resignation last summer of Dan Coats, a former Republican senator from Indiana,” The New York Times reported. “Mr. Grenell, who has pushed to advance gay rights in his current post, would apparently also be the first openly gay cabinet member.”

I am pleased to announce that our highly respected Ambassador to Germany, @RichardGrenell, will become the Acting Director of National Intelligence. Rick has represented our Country exceedingly well and I look forward to working with him. I would like to thank Joe Maguire….

….for the wonderful job he has done, and we look forward to working with him closely, perhaps in another capacity within the Administration!

A great Patrot, exceptional Ambassador, and amazing selection to be the US’ next Acting Director of National Intelligence, Ambassador @RichardGrenell! Congratulations!!

Because Grenell was confirmed as an ambassador by the Senate in 2018, he is eligible to take on the acting role; but unless he is specifically confirmed to the new position, he would be limited in his tenure, as Maguire was.

Maguire replaced outgoing director of national intelligence Dan Coats, whom Trump repeatedly derided during their rocky relationship. “Intelligence should go back to school,” Trump wrote in January 2019, saying the intelligence community was “extremely passive and naive when it comes to the dangers of Iran.”

Sen. Richard Blumenthal on news that President Trump may tap US Ambassador to Germany Richard Grenell as acting intelligence chief: "Having someone who is a political appointee with little or any background in intelligence come there on an acting basis is really the wrong move" pic.twitter.com/Zn5l3s4Gtg