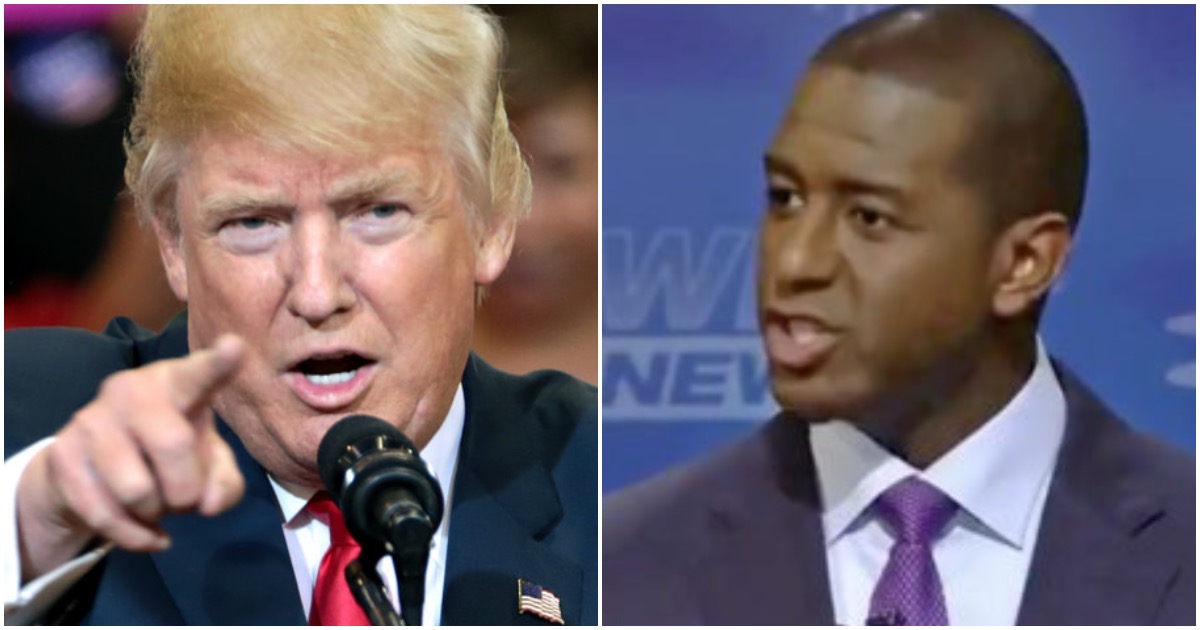 Tallahassee Mayor Andrew Gillum’s administration is being investigated by the FBI for possible corruption.

Gillum, a Democrat, is running for governor of Florida against Republican Rep. Ron DeSantis.

Check out Trump’s tweet to Gillum – something the “thief” won’t forget anytime soon.

In Florida there is a choice between a Harvard/Yale educated man named @RonDeSantisFL who has been a great Congressman and will be a great Governor – and a Dem who is a thief and who is Mayor of poorly run Tallahassee, said to be one of the most corrupt cities in the Country!

On Twitter there is a choice between having the courage to @ the person you are trash talking, or not. @realDonaldTrump is howling because he's weak. Florida, go vote today. https://t.co/I8uOokptJA

“Our analysis is it would require $2.6 billion” to accomplish the things Gillum wants to do, he said. “The $1 billion wouldn’t even cover” paying teachers a base $50,000 salary.

Gillum recently stated that police officers are going “too far” if they pull out a gun, baton, or taser in the line of duty.

Gillum’s brother is under investigation for potential voter fraud.

Related Topics:Andrew GillumFeaturedFloridaPOTUSTrump
Up Next