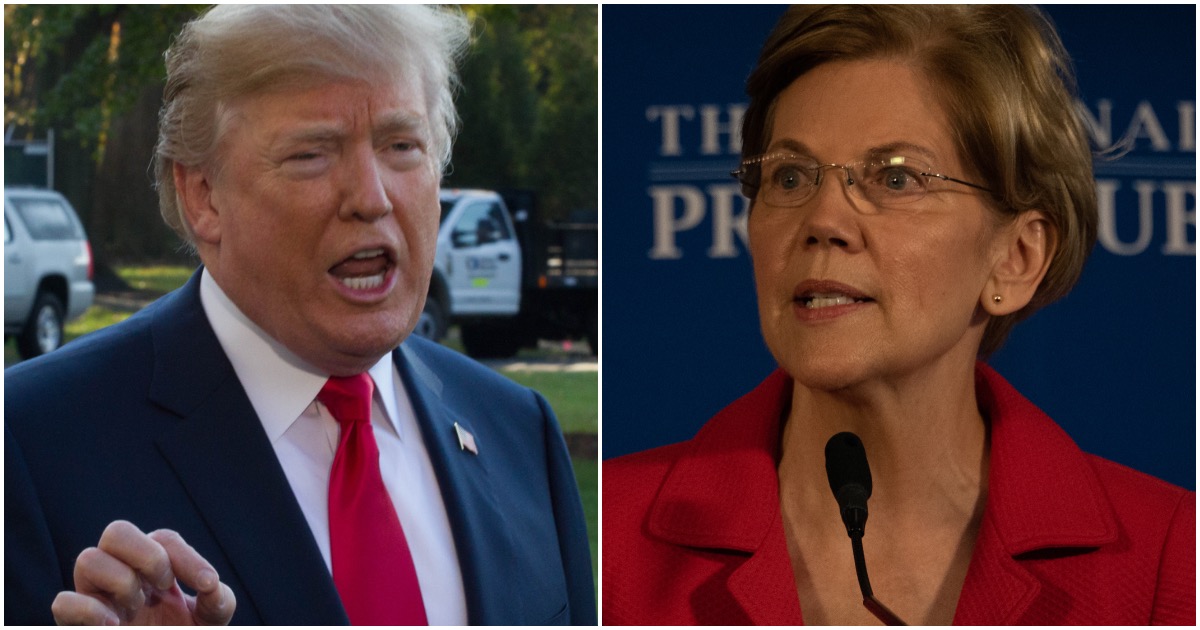 It only took one word for President Trump to send liberals into a hardcore meltdown.

45 targeted new 2020 presidential candidate Elizabeth Warren, whom Trump constantly trolls for claiming to be American Indian when evidence points to the contrary.

Today Elizabeth Warren, sometimes referred to by me as Pocahontas, joined the race for President. Will she run as our first Native American presidential candidate, or has she decided that after 32 years, this is not playing so well anymore? See you on the campaign TRAIL, Liz!

Today Elizabeth Warren, sometimes referred to by me as Pocahontas, joined the race for President. Will she run as our first Native American presidential candidate, or has she decided that after 32 years, this is not playing so well anymore? See you on the campaign TRAIL, Liz!

Was Trump referencing the Trail of Tears?

It would sure seem that way.

Trump is a racist who very predictably and despicably always calls Senator Warren “Pocahontas.” He pokes fun at the brutal massacre at Wounded Knee and encourages other Republicans to follow suit with very racist attacks that hurt Native Americans who have suffered so much.

I try to never dignify this man’s tweets, but there is little doubt here that he uses “TRAIL” to evoke the genocidal Trail of Tears, and does so to land a political jab. Warren has taken justifiable heat on this issue—but he used the murders of Indigenous people as a punchline. https://t.co/LiyK2iruDF

Is this a pun about the Trail of Tears during which Native Americans were forcibly removed from their land and thousands died while White men looted their homes?

Thousands of Native Americans died on the ‘Trail of Tears’ — https://t.co/ji25xvAUzC

Warren officially declared for 2020 on Saturday.

Sen. Elizabeth Warren officially launched her 2020 presidential campaign Saturday at a rally in Lawrence, Massachusetts, using the backdrop of Everett Mills — the site of a historic 1912 labor strike led by women and immigrants — to issue a call to action against wealthy power brokers who “have been waging class warfare against hardworking people for decades.”

Over 44 minutes in sub-freezing temperatures, Warren described a political elite “bought off” and “bullied” by corporate giants, and a middle class squeezed so tight it “can barely breathe.”

Warren: “The man in the White House is not the cause of what is broken, he is just the latest and most extreme symptom of what’s gone wrong in America. A product of a rigged system that props up the rich and powerful and kicks dirt on everyone else. So once he’s gone, we can’t pretend that none of this ever happened.”

As one might assume, there is not a surge in right-wing violence.