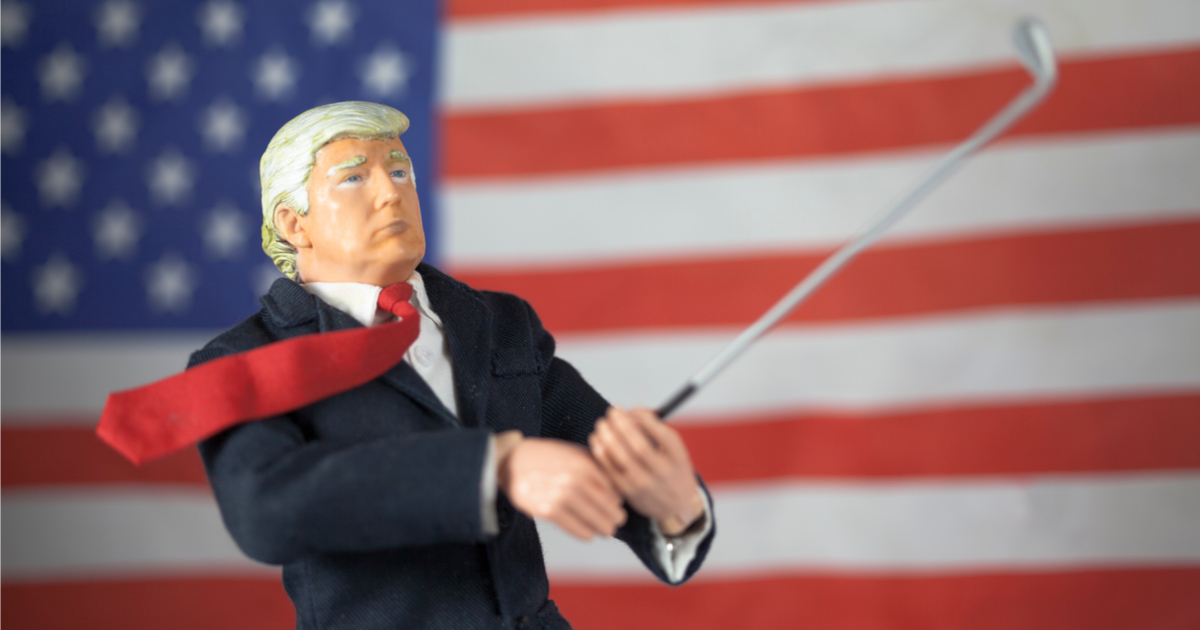 Liberals are scoffing at news that Donald Trump recently installed a room-sized golf simulator in the White House, but what most liberal news sources are ignoring is that what he really did was replace the one Obama installed AND Trump paid for his out of his own pocket.

On Wednesday it was reported that President Donald Trump installed the golf simulator in the White House that will allow him to play virtual golf when he can’t be out on the course.

The Golf-loving president paid for the simulator game out of his own pocket and installed it to replace the one Barack Obama had added during his terms in office, according to the Washington Post.

It has not been confirmed but it is likely that Obama had the taxpayers pay for his simulator.

The simulator cost about $50,000 and was installed over a week ago in a room of the president’s personal living quarters in the White House, the paper reported.

An anonymous source informed the Post that Trump planned to use the device during his “executive time” when he does not have a particular event on his official daily schedule.

Despite its completion, the Post also discovered that the president has not yet used the simulator because he has been working to secure a deal to avoid a shut down and, of course, traveling to his recent rally in Texas.