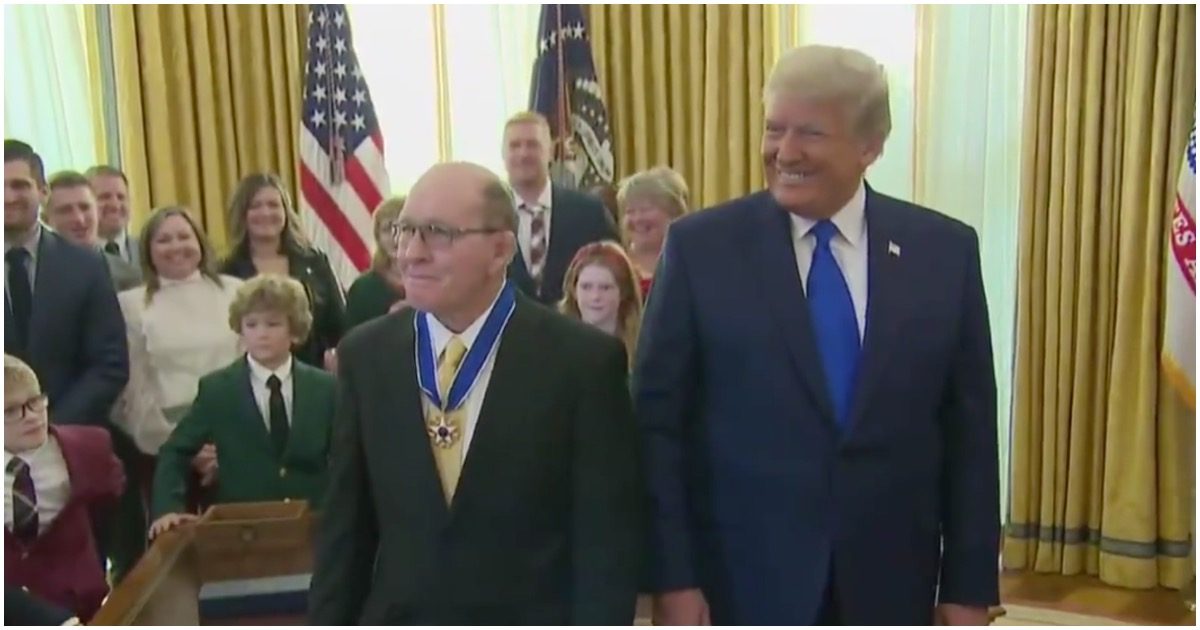 President Trump told reporters on Monday from the Oval Office that “big things” are coming “over the next couple of days.”

Great news for conservatives and the nation, whether or not some people choose to understand that.

POTUS noted, “It’s a disgrace to our country. It’s like a third world country. These ballots pouring in from everywhere using machinery that nobody knows ownership, nobody knows anything about. They have glitches that aren’t glitches. They got caught sending out thousands of votes. All against me by the way. You know this was like from a third world nation. And I think the case has been made and now we find out what we can do about it. But you’ll see a lot of big things happening over the next couple of days.”

POTUS: I THINK THE CASE HAS BEEN MADE, AND NOW WE FIND OUT WHAT WE CAN DO ABOUT IT. BUT YOU’LL SEE A LOT OF BIG THINGS HAPPENING OVER THE NEXT COUPLE OF DAYS. pic.twitter.com/nst29rk6dn

EXCLUSIVE: President Trump is expected to sign an executive order Tuesday that will ensure all Americans have access to the coronavirus vaccine before the U.S. government begins aiding nations around the world, Fox News has learned.

Senior administration officials told Fox News Monday that the president will reemphasize to the American people that the “priority has been an America First approach,” during a vaccine summit at the White House Tuesday.

The news of the executive order comes just days ahead of the Food and Drug Administration’s Thursday meeting regarding Pfizer and BioNTech’s application for emergency authorization of their coronavirus vaccine, three weeks after the companies filed for it. The FDA also plans to meet on Dec. 17 to discuss Moderna’s vaccine.

Keep praying that Trump can pull this thing off!