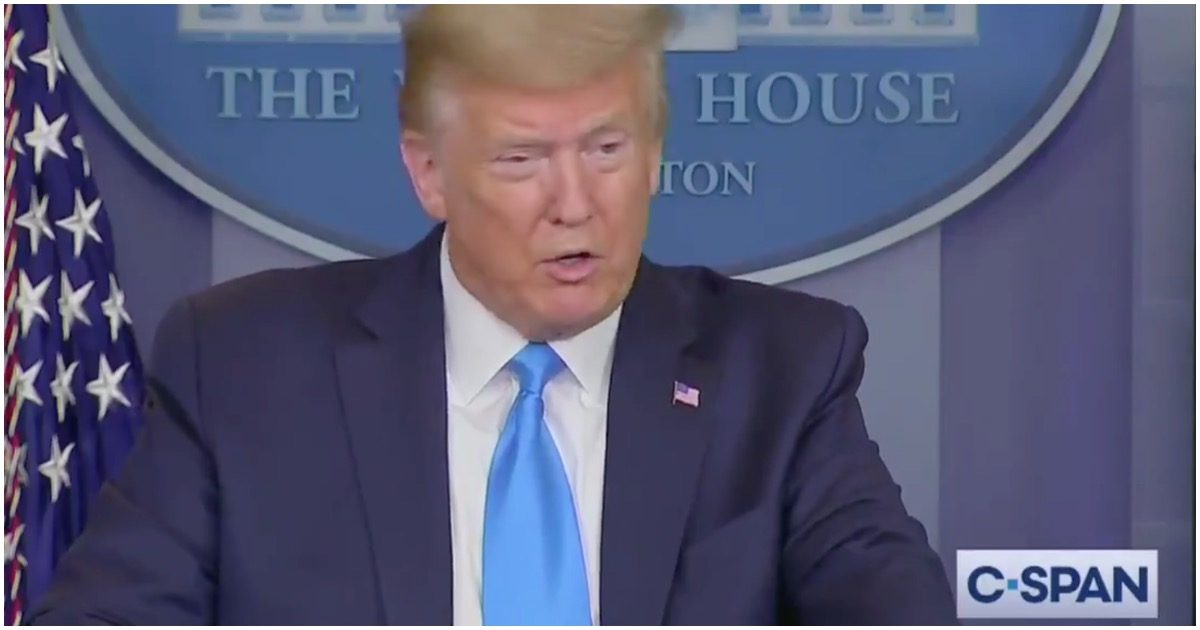 The World Health Organization has been lambasted for botching its response to coronavirus from the very start. Just the other day, WHO admitted to ignoring a warning from Taiwan so as to not rile up the Chinese.

President Donald Trump announced during the White House Coronavirus Task Force press briefing on Tuesday that the administration was looking at freezing funding to the World Health Organization (WHO) over its handling of the coronavirus outbreak.

The W.H.O. really blew it. For some reason, funded largely by the United States, yet very China centric. We will be giving that a good look. Fortunately I rejected their advice on keeping our borders open to China early on. Why did they give us such a faulty recommendation?

The president said the WHO seemed to be “very biased towards China” and accused the organization of disagreeing with his travel restriction on flights coming in from China. He suggested the organization was blind to the extent of the outbreak in Wuhan, the capital of China’s Hubei province, where the virus originated.

The WHO said in early February that widespread travel bans that interfere with international travel and trade were not necessary to prevent the spread of COVID-19, days after the Trump administration announced it would restrict travel coming into the U.S. from China. It did not take particular issue with the president’s travel restriction.

BREAKING: The company that owns the Logan's Roadhouse restaurant chain has closed all 261 of its locations and fired nearly all its 18,000 furloughed employees – WSJ

MLB and the players are considering starting the season as early as May, playing games in the Phoenix area without fans present. @JA_Todd unpacks the pros and cons of the idea in today's video:https://t.co/PNwYpYCmlM pic.twitter.com/GP6RhDgmxI

Flattening the curve was designed to give us time to avoid overwhelming our health system. Let's say we do that, God willing. How do we avoid a second wave? How fast can we ramp up testing? Can we build a contact tracing system for 330 million in four months? Realistic?

JUST IN: Nike updates its plans to help in the fight against the Coronavirus. Will make personal protective equipment for front line health workers including full-face shields and powered, air-purifying respirator (PAPR) lenses. pic.twitter.com/ohq2biOaI4