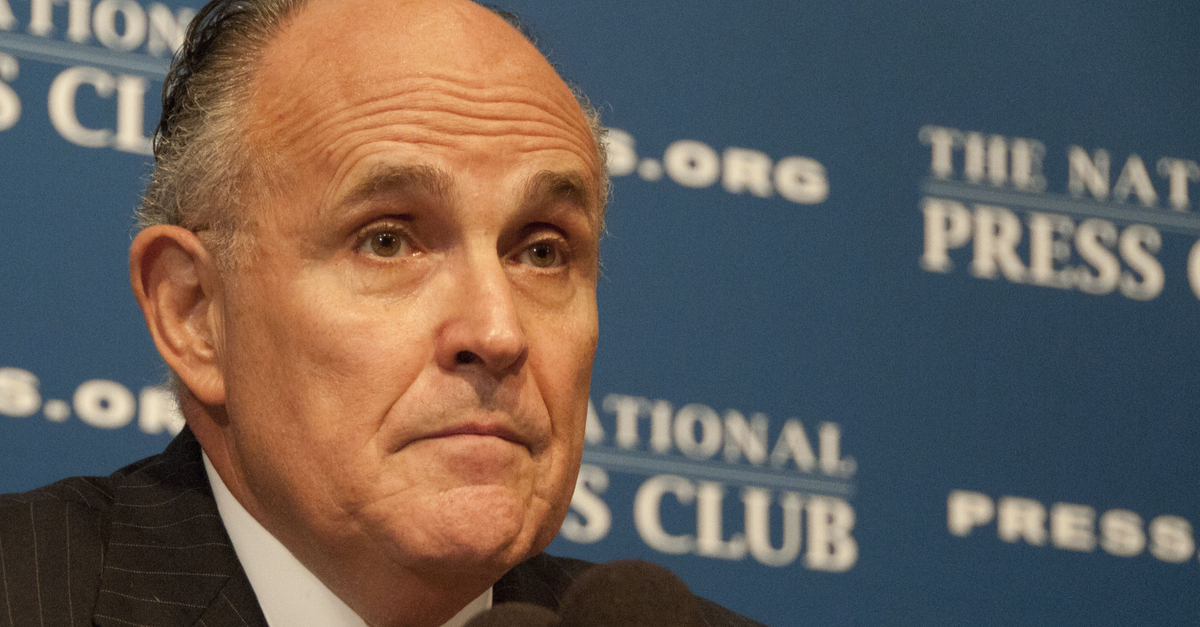 There was a time not long ago that Donald Trump and Rudy Giuliani were inseparable, both born out of the hustle and bustle of the Big Apple, and both seeking an everlasting legacy in the heart of Washington DC.

But when Joe Biden was announced as the winner of the 2020 election, Trump was livid, and he commanded Giuliani to make it right in the court system.

Rudy, accompanied by fellow Trump lawyer Jenna Ellis, traveled coast to coast, making pleas to judges in courtrooms all over this great nation, suggesting that the election had been rigged or “stolen” from Trump.  Their complaints landed on deaf ears week after week, however, and the relationship between the former NYC Mayor and the former NYC business mogul deteriorated.

And it appears that the two are still at odds today, some 8 months after the election.

Donald Trump’s family has cut off Rudy Giuliani, and the former president has been irked that the lawyer asked to be paid for his work challenging Trump’s loss in the 2020 election, a new book says.

On Sunday, The Times of London published an excerpt from “Landslide: The Final Days of the Trump Presidency,” the coming book on the Trump presidency from the author Michael Wolff.

In the extract, Wolff delves into Trump’s postpresidential life at his Mar-a-Lago resort and describes Trump as frustrated by the lack of progress in his quest to overturn the 2020 election result.

And the chilly reception has continued.

Since then, reports have detailed how Giuliani and his allies have sought to get paid for the legal work, but to no avail, falling foul of the president in the process.

“Trump is annoyed that he tried to get paid for his election challenge work,” Wolff wrote, per The Times.

The excerpt said Giuliani had “gotten only the cold shoulder” while seeking payment from Trump amid the prospect of expensive legal battles of his own.

Trump’s family has “cast out, cut off” Giuliani, the excerpt said, without specifying which members of the clan.

Giuliani is currently embroiled in a major legal battle against Dominion Voting Systems, who have sued Rudy and others for more than $1 billion each, claiming that their claims regarding the 2020 election amounted to defamation against the company.

Schaftlein Report: The LEFT Hates America While the Rest of Us Celebrate July 4th