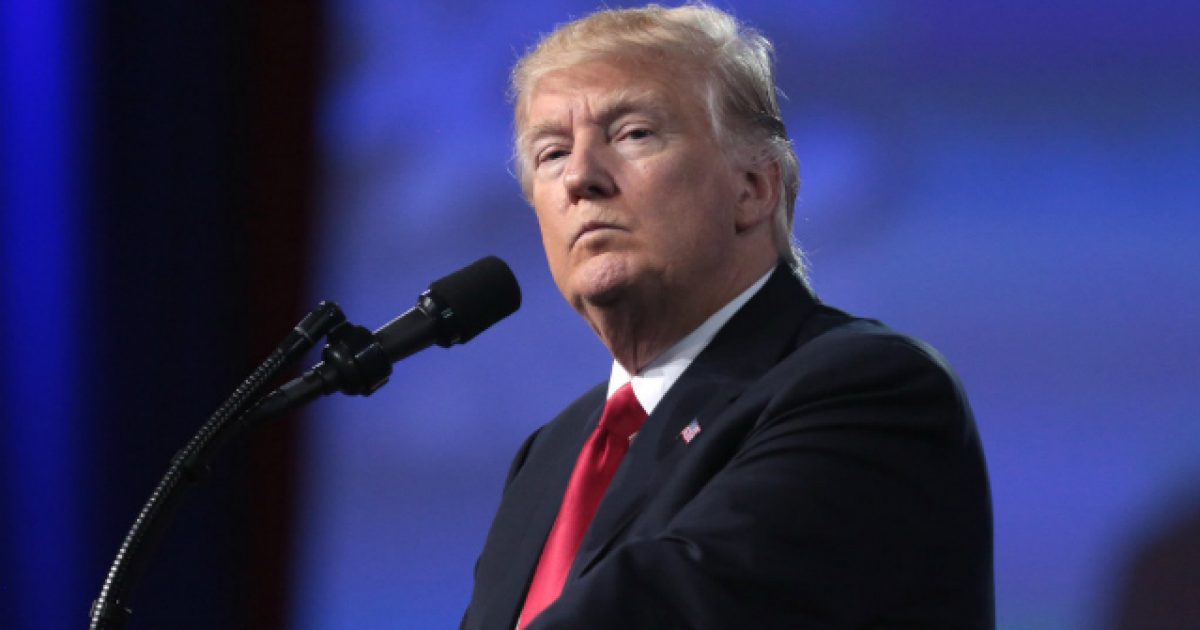 President Trump issued a rallying cry to Republicans, asking them to step up to the plate and oppose House Speaker Nancy Pelosi’s War Powers resolution that would place some serious restrictions on his ability to take any kind of military action without congressional approval.

House Speaker Nancy Pelosi released a one-page statement that criticized the administration for the drone strike that killed Iranian Gen. Qassem Soleimani last week, saying it was “provocative and disproportionate.”

“Hope that all House Republicans will vote against Crazy Nancy Pelosi’s War Powers Resolution,” Trump tweeted. “Also, remember her ‘speed & rush’ in getting the Impeachment Hoax voted on & done. Well, she never sent the Articles to the Senate. Just another Democrat fraud. Presidential Harassment!”

Hope that all House Republicans will vote against Crazy Nancy Pelosi’s War Powers Resolution. Also, remember her “speed & rush” in getting the Impeachment Hoax voted on & done. Well, she never sent the Articles to the Senate. Just another Democrat fraud. Presidential Harassment!

The Democrat-authored resolution would assert congressional authority and rebuke Trump’s decision to take out Iran’s top general without their consent. Fox News obtained the text of the resolution the House is prepping for debate on the floor. The resolution “requires the president to consult with Congress ‘in every possible instance’ before introducing United States Armed Forces into hostilities.”

The measure also appears to handcuff Trump when it comes to future strikes. The resolution says “Congress has not authorized the president to use military force against Iran.” The measure also “directs the president to terminate the use of United States Armed Forces to engage in hostilities in or against Iran or any part of its government or military” unless there is a specific blessing by Congress.

The original War Powers Resolution was passed in 1973 in response to U.S. activity in the Vietnam War. Former National Security Adviser John Bolton on Thursday called that resolution “unconstitutional,” arguing that it should be repealed because it “reflects a fundamental misunderstanding of how the Constitution allocated foreign affairs authority between the President and Congress.”

The 1973 War Powers Resolution is unconstitutional. It reflects a fundamental misunderstanding of how the Constitution allocated foreign affairs authority between the President and Congress. The Resolution should be repealed.

This is one of those rare cases where both sides have valid points that need to be considered. It’s sort of dangerous to give the executive more powers than it’s supposed to have as outlined in the Constitution. That goes against the separation of powers idea that’s meant to help put a leash on the federal government.

However, at the same time, Congress being run by progressives who want nothing more than to make this nation appear weak and leave her vulnerable to attack in order to further their agenda can’t be trusted to act in America’s best interest when it comes to foreign policy.

This is most definitely tricky ground to traverse. Hopefully a good decision can be reached that protects the nation politically and physically.