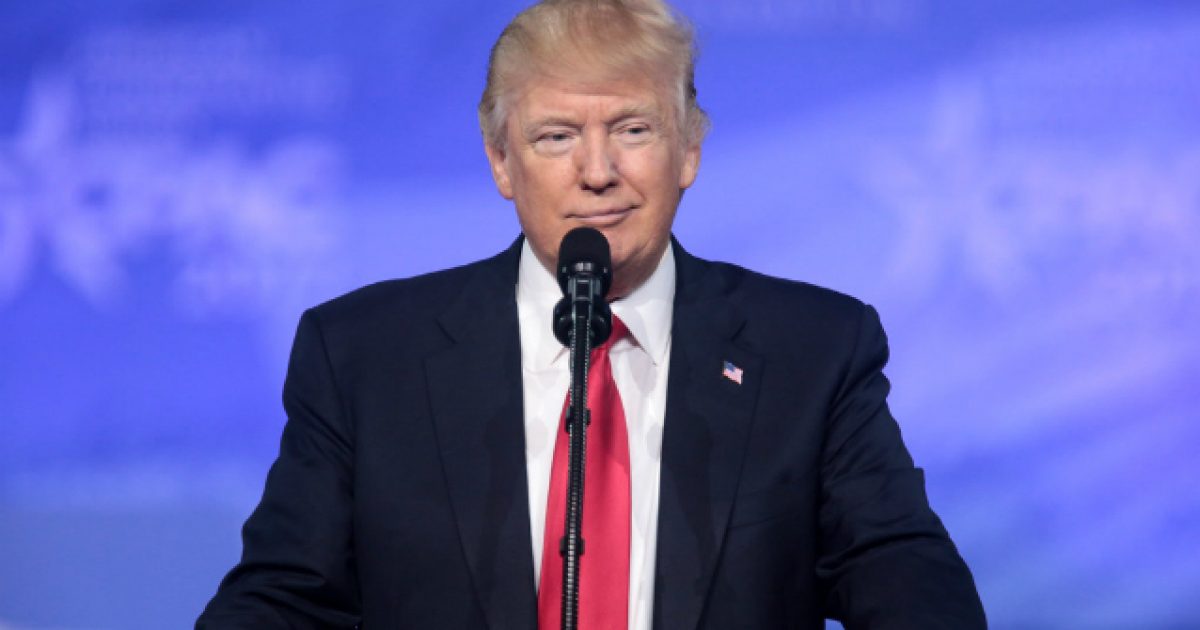 The audio was released on Monday and came from a 2015 speaking event at the Aspen Institute in Colorado. The audio features Bloomberg openly admitting the policy disproportionately affected minorities, but went on to defend its use anyway.

The president retweeted a clip of the audio the next day and captioned it, “WOW, BLOOMBERG IS A TOTAL RACIST!” He deleted the tweet a short time later.

At 8:40 Trump tweets that BLOOMBERG IS A TOTAL RACIST!!! along with an audio clip of a racist rant by the then Mayor Bloomberg about Stop and Frisk. The tweet has since been deleted. pic.twitter.com/qy4mdOcVHx

In 2016, then-candidate Trump similarly praised the policy and called for its implementation nationwide.

“I would do stop and frisk. I think you have to. We did it in New York, it worked incredibly well, and you have to be proactive and, you know, you really help people sort of change their mind automatically,” he said in the interview with Fox News.

Trump tweeted again about Bloomberg on Tuesday, saying, “Mini Mike is a short ball (very) hitter. Tiny club head speed. KEEP AMERICA GREAT!” His comment was in response to a photo showing him and the former mayor on the golf course.

Bloomberg says in the leaked audio, “Ninety-five percent of murders, murderers and murder victims, fit one M.O. You can just take a description, Xerox it, and pass it out to all the cops. They are male, minorities, 16 to 25.”

The former mayor went on to say, “And the way you get the guns out of the kids’ hands is to throw them up against the wall and frisk them. And then they start, ’Oh, I don’t want to get caught,’ so they don’t bring the gun. They still have a gun, but they leave it at home.”

Bloomberg, in typical liberal fashion, walked back these comments back in November before deciding to enter the 2020 presidential election.

The question now is whether or not these comments will hurt his chances of winning the election. It seems that since the Democratic Party is totally inconsistent when it comes to the application of the principles they espouse, the answer is probably not.

Whether or not “Mini-Mike” has an actual chance of nabbing the nomination at all is the question to be discussed.