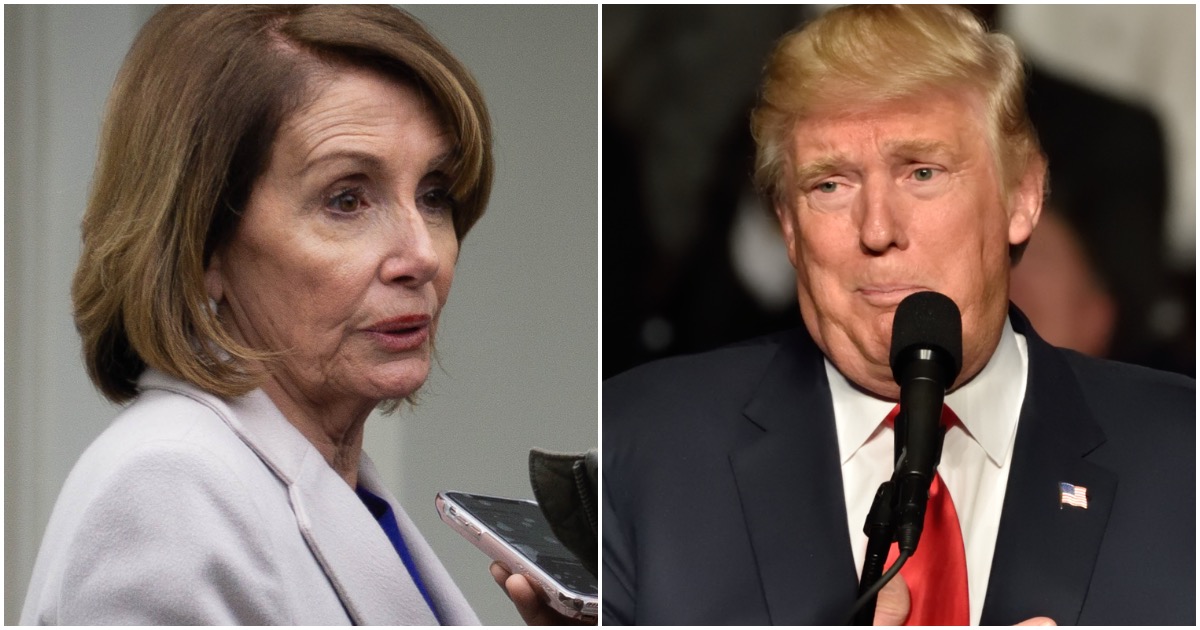 President Trump went OFF on Nancy Pelosi on Wednesday afternoon. Even for Trump, he went OFF. Not only did POTUS blast the radical liberal as an America-hater but he not-so-subtly implied that she’s mentally ill.

In fact, he came right out and said it: Pelosi is sick in the head. The mainstream media is likely to jump on this tweet from the president because that’s what the media does. Why cover the booming economy and record low unemployment when we can talk about tweets!

All of this happened after Pelosi stormed out of a White House meeting with all the top dogs regarding Syria. Talk about fireworks. Here’s the deal…

The White House meeting was intended to focus on the response to Turkey as it carries out an offensive in northern Syria that has led to bloodshed and uncertainty in the region. Trump has dug in on his decision earlier this month to pull U.S. troops out of northern Syria even as lawmakers in both parties have warned him of the consequences of the move.

But the gathering quickly devolved into a war of words. Democrats said Trump called Pelosi a “third-rate politician” and claimed he hated ISIS more than her. The president called former Defense Secretary James Mattis “overrated” and did not appear to have a plan to contain ISIS, Democratic aides said.

Nancy Pelosi needs help fast! There is either something wrong with her “upstairs,” or she just plain doesn’t like our great Country. She had a total meltdown in the White House today. It was very sad to watch. Pray for her, she is a very sick person!

Nancy Pelosi needs help fast! There is either something wrong with her “upstairs,” or she just plain doesn’t like our great Country. She had a total meltdown in the White House today. It was very sad to watch. Pray for her, she is a very sick person!

.@SpeakerPelosi can barely stop herself from cracking up as @SenSchumer describes Trump's anti-Pelosi "diatribe" in which he ranted about "communists." pic.twitter.com/7ygNTarZOQ

Beto Makes It Clear: As POTUS I Will Send Police to Homes to Confiscate Firearms (Video)