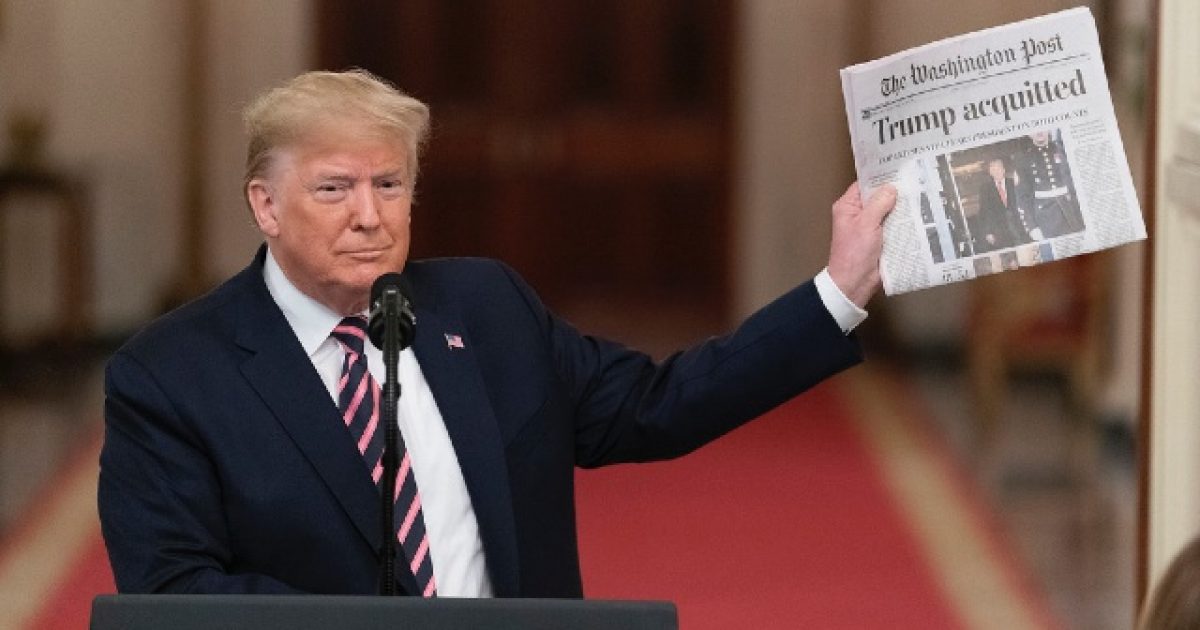 President Trump recently came out and stated that he believes Congress should expunge the recent impeachment off his record following his acquittal of all charges on Wednesday during the impeachment trial in the Senate.

A reporter asked the president outside the White House if he believed the impeachment should be expunged from the congressional record, to which he responded in the affirmative.

Here are the details from the Washington Examiner:

“They should, because it was a hoax,” he said.

“That’s a very good question,” he continued. “Should they expunge the impeachment in the House? They should because it was a hoax. It was a total political hoax.”

Earlier this week, House Minority Leader Kevin McCarthy said he would try to expunge Trump’s impeachment from the House record if Republicans won back the majority and he became speaker.

“This is the fastest, weakest, most political impeachment in history. I don’t think it should stay on the books,” the California Republican said.

The president is definitely correct about this whole impeachment nonsense being nothing more than a hoax. There was no actual evidence that existed to confirm the charges brought against him by the Democrat-led House.

It appears to have been a strategy meant to neutralize the president ahead of the 2020 presidential election and increase the Democratic Party’s chances of winning back the White House later this year.

Whether or not this impeachment will end up hurting their chances or not remains to be seen, but it definitely isn’t going to help much that’s for sure.