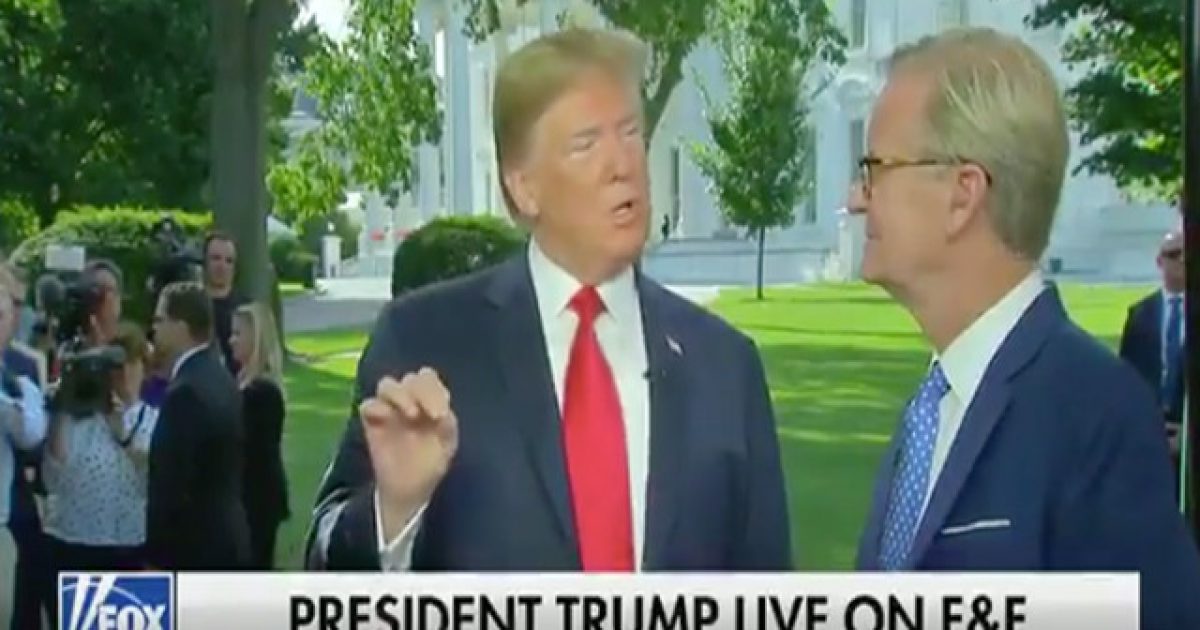 Early on Friday, President Trump made his way down the White House lawn for an impromptu interview with Fox and Friends where he ripped into the FBI a day after a brutal report was released by the Department of Justice Inspector General.

The report contained a number of bombshells, including text messages between FBI agents talking about stopping the president from winning the election, and apparently the revelation that former FBI Director James Comey used a private email server while investigating Hillary for her use of a private email server. Yikes.

Asked by Steve Doocy about the texts between anti-Trump FBI agents who ripped Trump supporters, Trump called them “vicious,” and added, “I have the greatest supporters in the world, they’re the smartest, they’re the hardest-working, they pay taxes, they’re incredible, they’re loyal, I have the bikers, I have thee construction workers, I have them all. By the way, I have them the FBI. You go into the FBI and take a poll of the real FBI, not the scum on top, not Comey and that group of total thieves…”

TRUMP: I said on the Department of Justice, I would stay uninvolved. Now I may get involved at some point. (He also calls the top of the FBI "scum.") (via FOX) pic.twitter.com/fUXS306Y6V

Trump then stated he didn’t understand how Peter Strzok, the FBI agent who said he would “stop” Trump’s presidency in texts with his paramour, was still working at the FBI. Trump went on to say that he believed that the DOJ IG report had “exonerated” him:

"I think the report yesterday, maybe more importantly than anything, totally exonerates me. There was no collusion. There was no obstruction," President Trump says of DOJ IG report https://t.co/QXs0h4qARv pic.twitter.com/nn8wR1cBSU

It seems pretty clear from this report that the investigation into Trump’s alleged collusion with Russia has been compromised to some degree, the extent of which we don’t really know. What that ultimately means is hard to tell at this point, but it’s likely Trump is completely innocent and this whole mess has been a desperate attack by the left to oust the man from the White House.

What a sad state of affairs for America, that we can’t trust the FBI, the organization tasked with helping to serve and protect on a federal level. Truly shameful.

Actress Has a Message for “White Dude” Movie Reviewers, and It’s Not Pretty