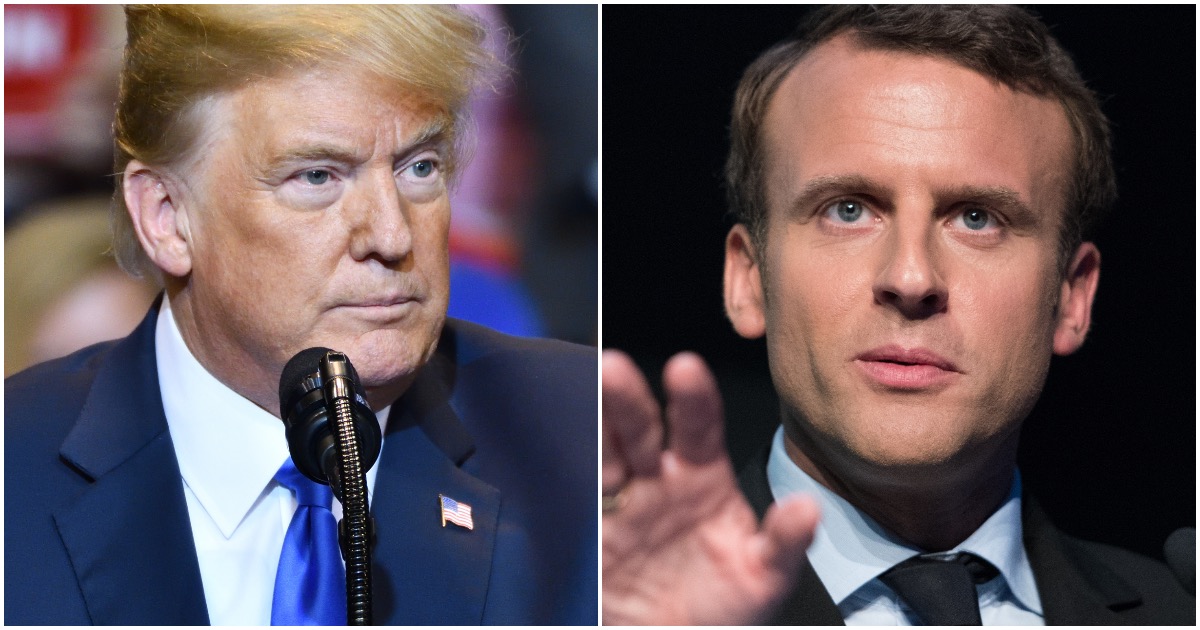 President Trump arrived in France on Friday to commemorate Armistice Day and the end of World War I.

Moments after Air Force One touched down, Trump sent out a tweet blasting French President Emmanuel Macron for wanting to create a “European army” to guard against the U.S. and other nations.

Here’s what Trump is referring to regarding Macron:

French President Emmanuel Macron is calling for the formation of a “real European army” to protect the continent “with respect to China, Russia and even the United States of America.”

Agence France-Presse reports that while on a tour of World War I memorials Tuesday, Macron said: “We will not protect the Europeans unless we decide to have a true European army.”

Macron: “We have to protect ourselves with respect to China, Russia and even the United States of America.”

Macron: “Who is the main victim? Europe and its security. I want to build a real security dialogue with Russia, which is a country I respect, a European country — but we must have a Europe that can defend itself on its own without relying only on the United States.”

As for President Trump’s chances in 2020, things are certainly looking up, as Republicans will hold the governorship in swing states Ohio and Florida.

Michelle Comes Out Swinging At Trump, So POTUS Goes For The Jugular (Watch)