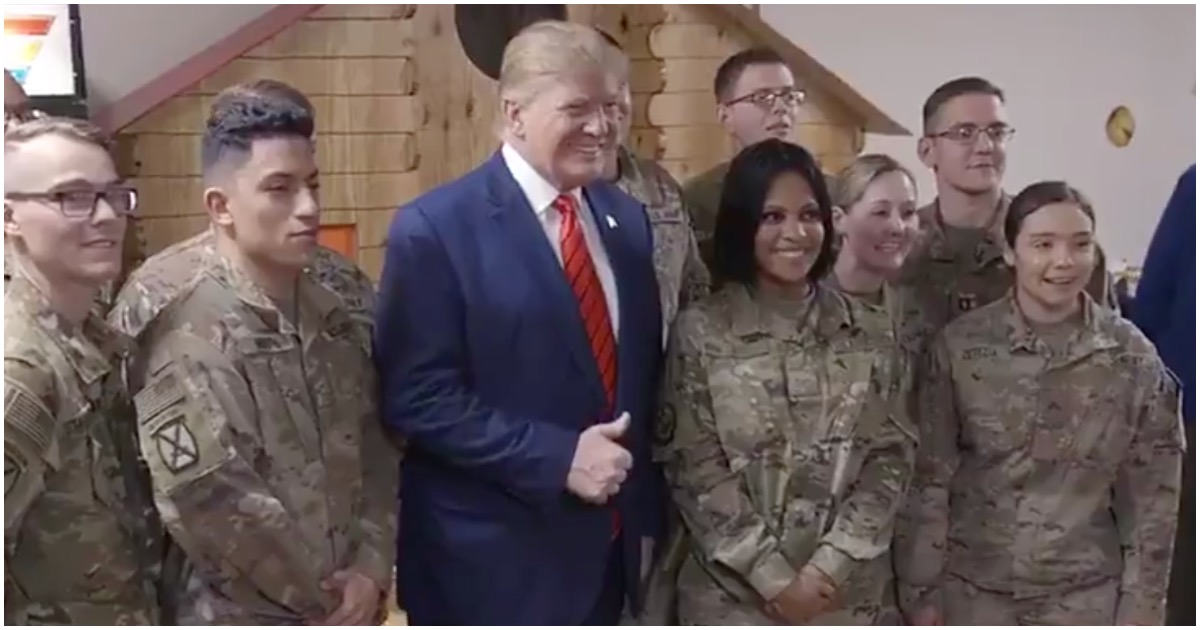 The day after Christmas in 2018, President Trump and First Lady Melania visited troops in Iraq. It was obviously kept secret as trips of that magnitude generally are. On Thanksgiving day 2019, POTUS went to Afghanistan. Always a good thing to lift troop morale!

According to The Washington Post, Trump departed on Air Force One from Florida on Wednesday, speaking to troops assembled in an airplane hangar on Thursday with a happy Thanksgiving message.

“As President, I truly have no higher honor than to serve as Commander-in-Chief of the United States Military—the greatest force for peace and justice in the history of the world!”
@POTUS @realDonaldTrump

“As President, I truly have no higher honor than to serve as Commander-in-Chief of the United States Military—the greatest force for peace and justice in the history of the world!”@POTUS @realDonaldTrump pic.twitter.com/KPw7aSok7z

While visiting troops in Iraq last year, the left decided to mock Melania over her choice of boots…

German Leader Angela Merkel: We Must Take Away Free Speech or We Can’t Be Free (Watch)

Afghan President Cheers Trump for Getting Al-Baghdadi, Argues He Was More Important Than Osama