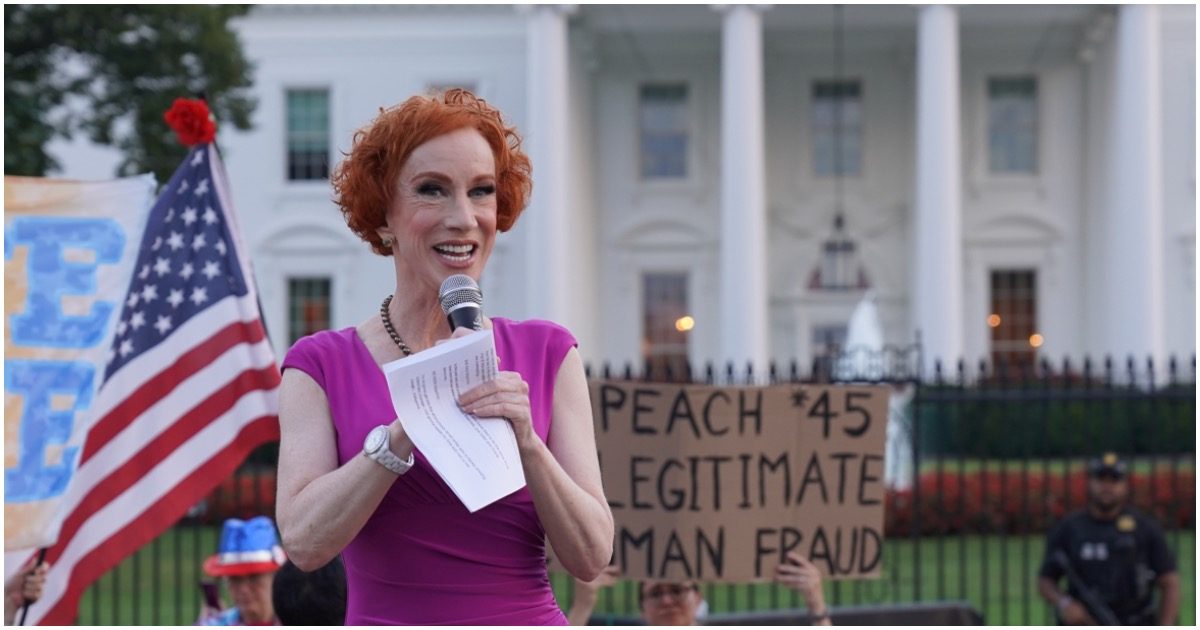 Kathy Griffin was one of President Trump’s most vocal celebrity critics. Like many of her peers in Hollywood, the comedian isn’t well-informed when it comes to politics.

She lets her emotions do the talking, not facts.

Oh, you shouldn’t have tagged me. You were there on Jan 6. You pulled your video, but I found it. Looks like you’re a domestic terrorist and now we all know it, @musclemommyfit pic.twitter.com/BS20LHyHh8

Hi Danielle. @musclemommyfit
What’s that you called me, again? Ah yes, the despicable Kathy Griffin. Well, the FBI now has this video, as well as the other ones you’re featured in. 🤷‍♀️ https://t.co/kPgtAUAwnn

Here are some of the death threats and evil messages…

Griffin should be ashamed of herself. But you know she isn’t.

ICYMI: Antifa Takes Over Hotel to Fight Against Homelessness, Armed With Weapons

Lou Dobbs Out At Fox News After His Show Is Canceled, Their Highest Rated Program