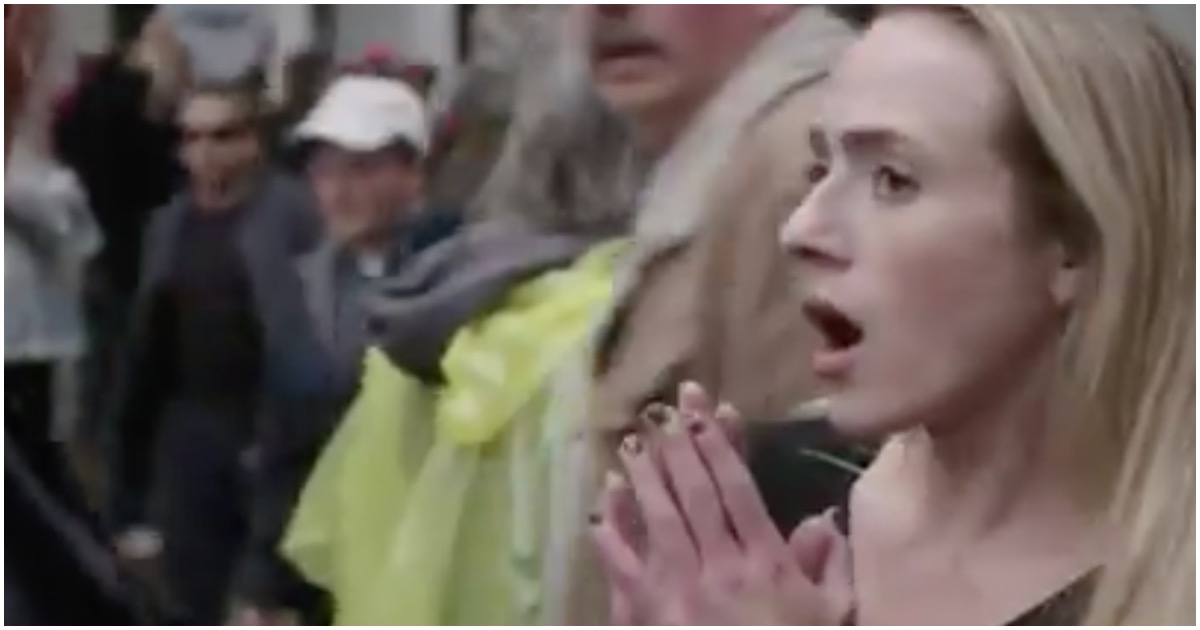 This is the type of story that won’t ever be seen by the politically uninformed. MSNBC, CBS, ABC, and all other radically far-left outlets won’t show this clip that reveals the true nature of the Democrat Party in 2019.

If a conservative says a single bad word about a liberal, the media is all over it. They’ll even do everything possible to ruin that person’s life. But when an anti-Trump buffoon spits in the face of a Trump supporter, ssshhhhh, nothing to see here. Move along.

Who are we kidding? Liberals in 2019 are nothing more than grown children. It’s really that simple. If they don’t get what they want, they lash out.

An anti-Trump protester spat on a Trump supporter on Thursday afternoon outside of President Donald Trump’s rally in Minneapolis, Minnesota.

“Dave Carlson, a salesman in Minnesota, was sharing why he donates to President Trump’s campaign when a protestor openly spat in his face and kept walking by,” Vice News’ Elizabeth Landers reported.

Just watch the GIF and know that reaching for a police officer’s gun is never a good idea.

Seriously, how did he think a cop was going to react to him grabbing the cops weapon?

I love that it plays on repeat, I could sit here and watch that all day long!

the is the best outcome when Beto tries to take everyone's guns – worst outcome, well, you can imagine…