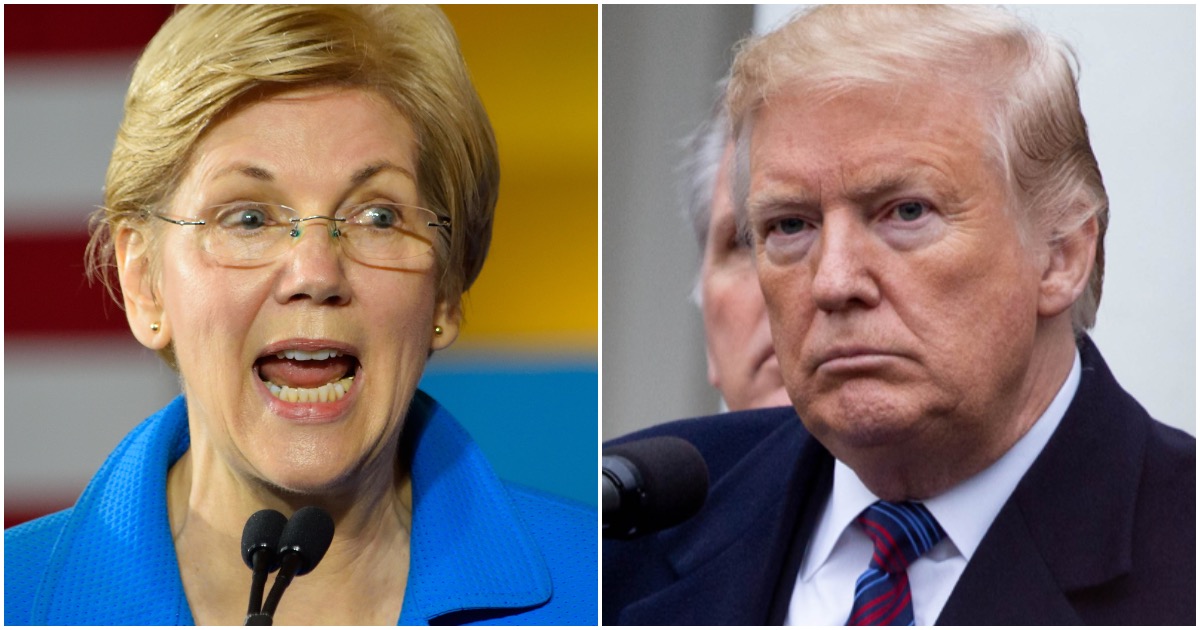 President Trump must be bored sitting in the White House during the government shutdown while Democrats are on vacation in Puerto Rico.

He found a way to bide his time.

POTUS trolled probable 2020 presidential candidate Elizabeth Warren (D-MA) harder than he ever has.

Trump for the win.

Warren is so upset with the government shutdown that she’s donating her salary to foreigners.

Despite being named one of the “top ethics violators of 2018,” along with fellow Democrat Senator Kamala Harris (CA), Warren is all but set to run for president in 2020.

Anti-Trump Muslim Congresswoman Gets WORST News of Her Career (Details)

Obama Just Humiliated His Own VP, Says Thanks But No Thanks to Biden 2020