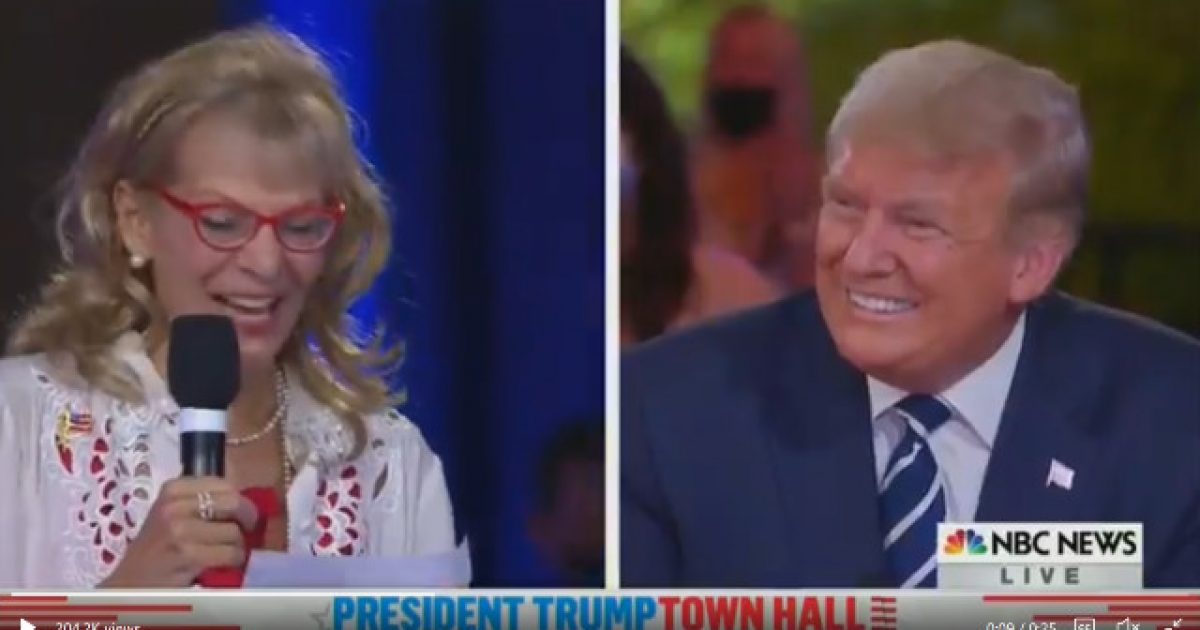 No other president in the history of our great nation has been as attacked by the mainstream media and individuals in popular culture as Donald Trump. The assaults against his personal character and accomplishments in the White House continued on Thursday evening during a town hall event hosted by NBC that was to take the place of the cancelled presidential debate.

However, despite the hostility of the event, there was a great moment of lightheartedness thanks to an attendee who paid the president a compliment, telling him he had a great smile.

Paulette Dale, who was described by moderator Savannah Guthrie as a “registered Republican” who voted for Hillary Clinton in 2016 and was “leaning” towards voting for Joe Biden, had prepared to ask the president about his immigration stance, but not before she admired his smile.

“Good evening, Mr. President,” Dale began. “I have to say- you have a great smile.”

“Thank you, thank you,” Trump grinned with a chuckle, which sparked a round of applause from the other attendees.

“He does!” Dale doubled down. “You’re so handsome when you smile.”

"You're so handsome when you smile," a questioner says to President Trump pic.twitter.com/9fevidPC6S

It’s not that difficult to be civilized with folks you disagree with. This woman clearly wasn’t on board with the president’s agenda, yet, she still managed to find a way to pay him a compliment and lighten the mood. It’s unfortunate this sort of attitude is scarce today. People would rather take the path of hatred and anger instead of patience and understanding.