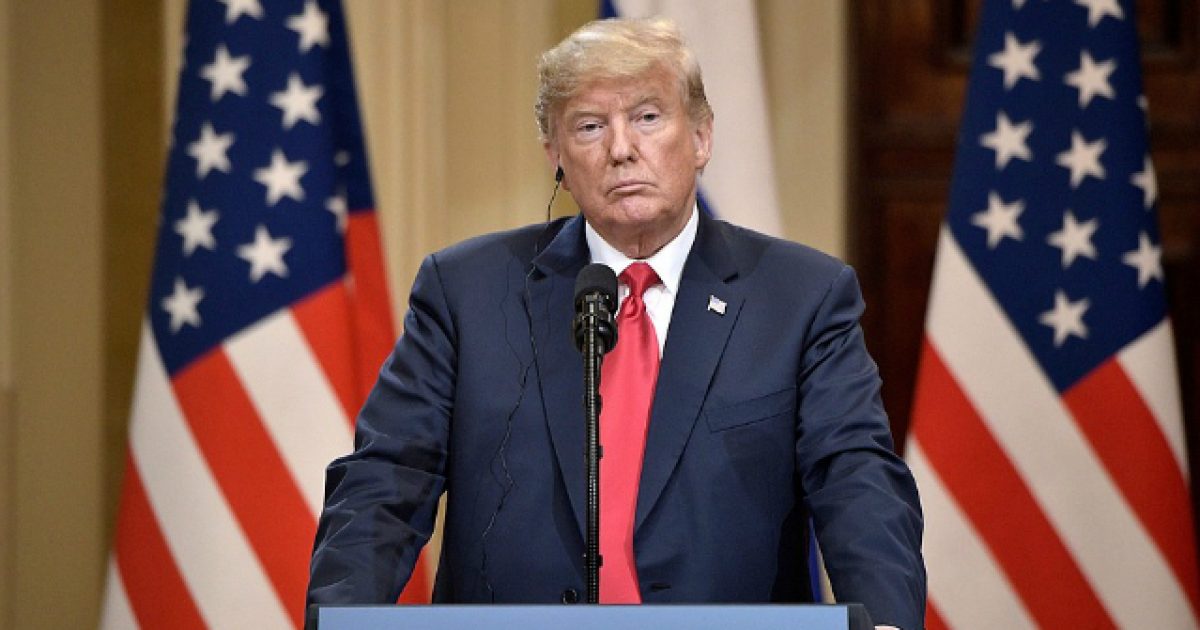 In the midst of battling against the invisible enemy we’ve all come to know as coronavirus, President Trump is also waging a war of words with the communist nation of China over the origin of the illness, with the commander-in-chief seemingly going out of his way to call it the “Chinese Virus.”

Meanwhile, China is putting a lot of effort into a propaganda campaign meant to shift the blame for the crisis away from the Chinese Communist Party and their handling of the situation.

The escalation comes as the coronavirus pandemic continues to spread in the United States, shutting down sporting events, restaurants, bars and elections across the country.

I always treated the Chinese Virus very seriously, and have done a very good job from the beginning, including my very early decision to close the “borders” from China – against the wishes of almost all. Many lives were saved. The Fake News new narrative is disgraceful & false!

Minutes earlier he tweeted: “I will be having a news conference today to discuss very important news from the FDA [Food and Drug Administration] concerning the Chinese Virus!”

I will be having a news conference today to discuss very important news from the FDA concerning the Chinese Virus!

Almost simultaneously, China moved to continue its propaganda war over the coronavirus by kicking out a subset of journalists from The New York Times, The Wall Street Journal and The Washington Post whose press credentials would expire before the end of this year.

“The Chinese Communist Party’s decision to expel journalists from China and Hong Kong is yet another step toward depriving the Chinese people and the World of access to true information about China,” the White House’s National Security Council tweeted Tuesday in response to the decision.

The Chinese Communist Party’s decision to expel journalists from China and Hong Kong is yet another step toward depriving the Chinese people and the world of access to true information about China. (1/2)

Now, it is important that we not allow political correctness to stifle our freedom of speech, so personally, I don’t see the problem in calling it the “Chinese Virus,” especially since that is where the pandemic started and since the Chinese government, like it or not, is responsible for not doing more sooner to stop it from spreading.

However, it doesn’t seem like fighting over this right now is the best use of our time. The virus is here. We can’t take it back now. It’s better to put aside all of the political posturing on both sides and focus on keeping people calm, rational, and above all, safe from the virus.

We can fight about words later.